What is Yin Yang 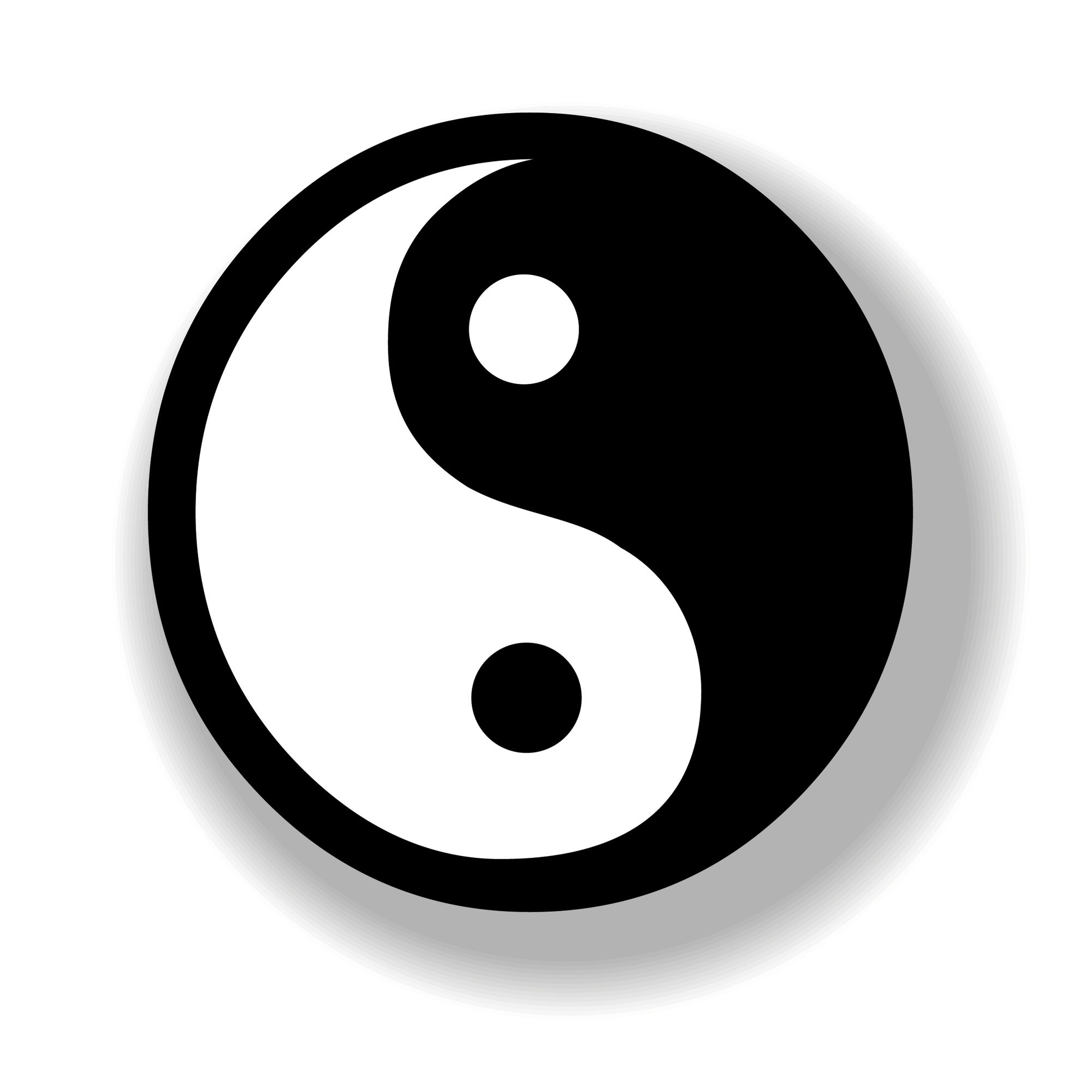 In Chinese philosophy, Yin Yang represents the two opposites of all things and beings. When there's light, there's dark, good and evil, men and women, young and old, poor and rich...The list goes on. Yin Yang infiltrates our everyday life. The ancient Chinese philosophy emphasizes a balanced life. There's a balance in the universe and an opposite force leveling things out.

The meaning of Yin Yang is supposed to be a way of living, to understand there must be two sides of things. You are rich because someone else is poor. You must find the balance and understand how the universe came to be in order to live a balanced life.

History Of Yin Yang And The Symbol 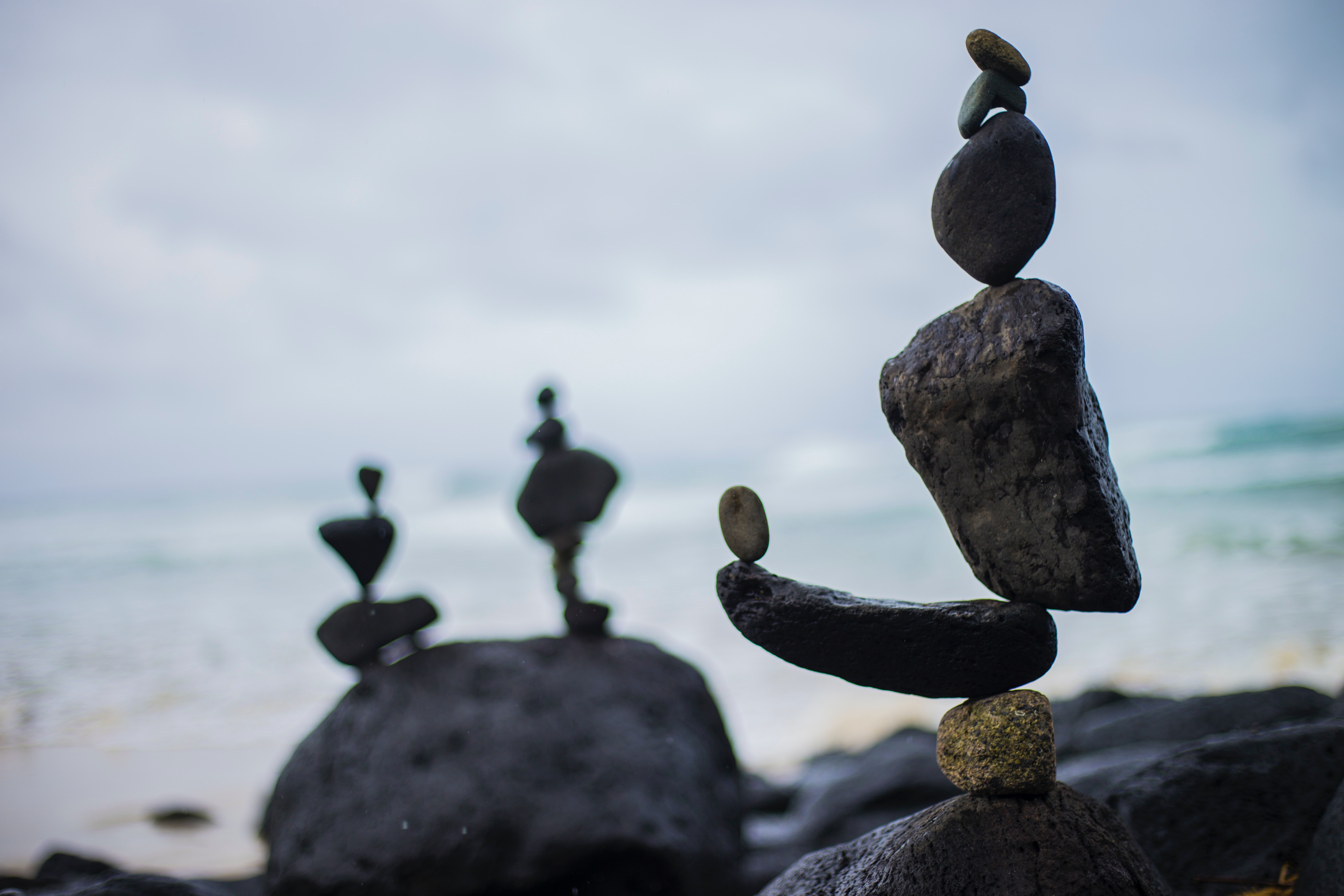 Yin Yang is a concept of dualism, meaning two seemingly unrelated and even opposing things actually complements and supplements each other. Everything is interconnected. There is a force and connects all things, the causation dual.

The word Yin in Mandarin means "cloudy" or "grim" while Yang means "bright" or "sunny". The name Yin Yang itself suggests the idea it advocates for, the balance of two things. Yin and Yang technically are two opposing things, yet they are interconnected and interchangeable.

In general, Yin represents all things that have a darker tone, feminine or a grimmer touch, while Yang represents all things that are bright, positive, or masculine. For example, Yin would include the feminine, poor, old, dark, earth, soft, etc. Yang would include anything masculine, rich, young, bright, heaven and hard, etc. For each category Yin has, Yang has the opposite of it. 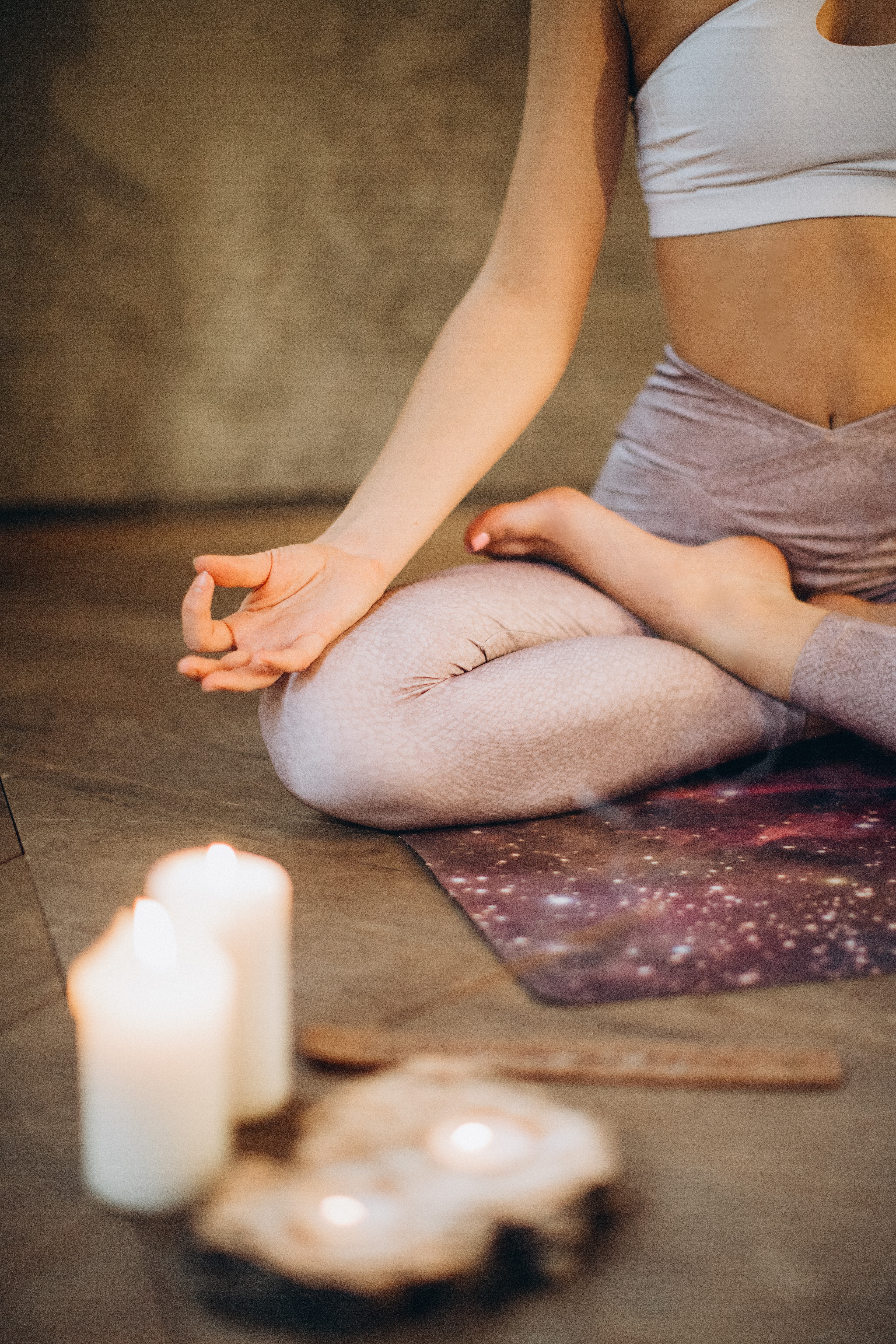 The many dualities are believed to have shaped the universe. All these may be considered complementary of each other rather than opposing.

The symbol of Yin Yang is a circle engulfed by two droplets of water, one black and one white, with one dot of the opposing color in each droplet. The symbol is widely used in Tai Chi, a form of martial art. Tai Chi emphasis body harmony and finding the right balance, the same as Yin Yang. It believes there to be different forces residing in your body and in order to fully utilize it, you have to find the qi inside.

Qi refers to the energy, or air in Mandarin, in the universe. Yin Yang is popularly associated with qi. Many ancient Chinese scholars believed qi was the binding force that created this universe. It's an inseparable part of understanding the Yin Yang concept.

The symbol itself explicitly shows the meaning of Yin Yang, two opposing forces residing in each other, while complementing each other rather than driving each other out. The black and white symbol often refers to the good and bad in things. 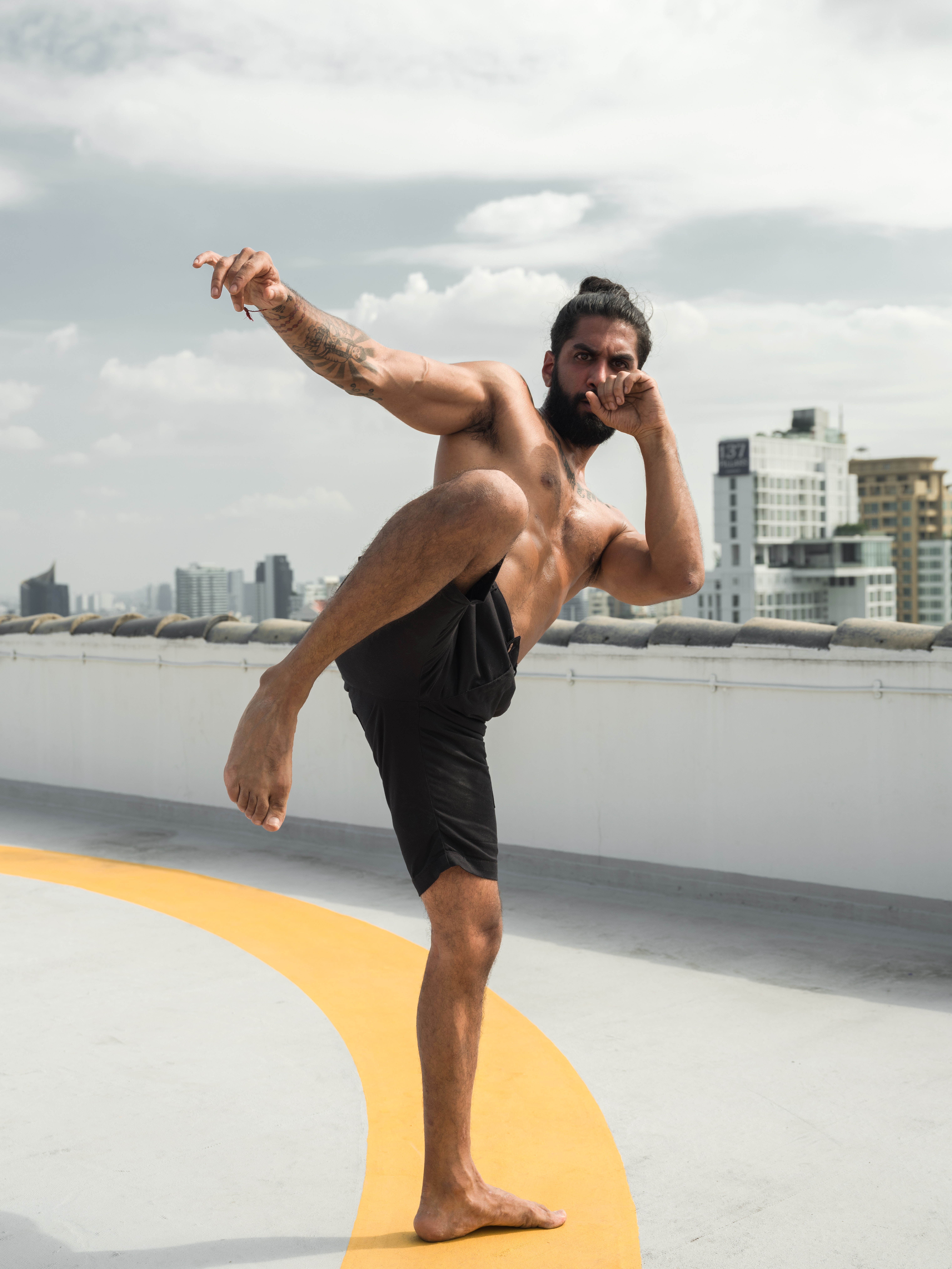 In modern days, Yin Yang is used or mentioned in many Hollywood blockbusters movies with reference to qi, like Dr. Strange. The ancient Chinese mythology and philosophy are quickly gaining recognition because of the balance of life it advocates. Many gurus and wellness experts have emphasized the importance of Yin Yang and finding the balance.

Yin Yang helps regulates your body rhythm for it to go at the right speed. Today, thousands of people are practicing Yin Yang in various forms, whether it's through yoga, meditation, or Tai Chi, there's always a way for Yin Yang to manifest. 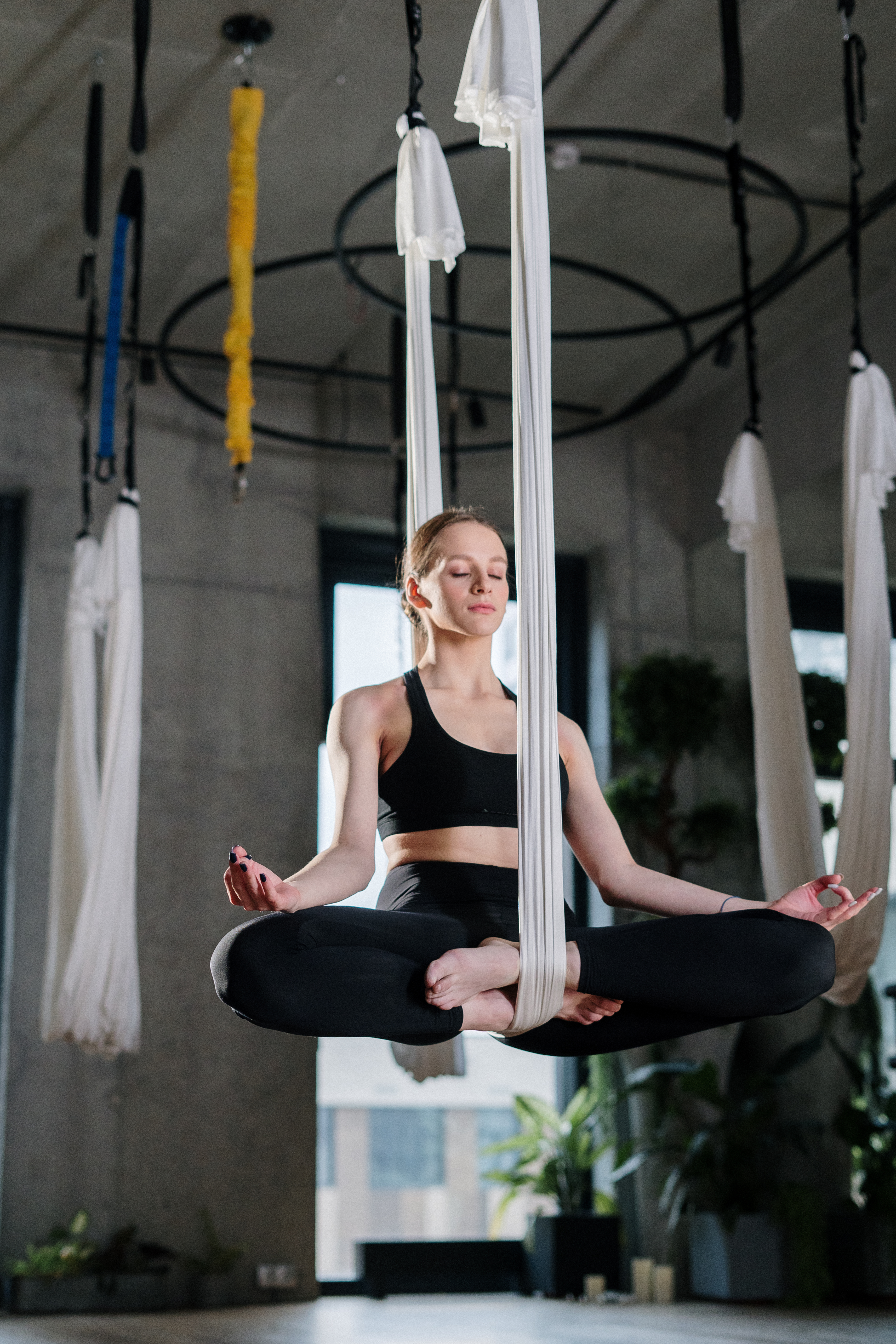 As the concept of Yin Yang became more popular, various forms stemmed out from the branch. Nowadays, the Yin Yang symbol is used in many different ways and is practiced in various forms such as yoga, meditation, and martial arts.

One thing to note is that due to the increasing interest in wellness and living a good life, a lot of forms of yoga are a mixture of old and new techniques. So the Yin yoga you find today, or any other forms of it are likely to be a combination of the ancient Yin Yang essence with another brand of ideology. That's why many leading new age gurus are practicing yoga that seems very modern, yet with a vintage touch without an obvious hint which brand it comes from.

Famous guru such as Baba Ramdev shows the beauty of old and new, West and East, combining the greatness in different arts and bringing them together. Many gurus have tried to decipher the arts of these forms and how they could blend in with each other.

Clinical psychologist Jordan Peterson shared his thoughts on the psychology of Yin yoga and how believing in the two complementary forces enhances the quality of life and makes one at peace once you have accepted the two sides of things.

Yin Yang has not lost its meaning or value too much throughout the many decades and centuries since it was first introduced to the world. Unlike other philosophies that surrendered to time, Yin Yang has only grown stronger and more popular. With the help of many leading new age gurus, Yin Yang has found its place in this world through various shapes and forms and is likely to do as more people take an interest in wellness in the 21st century. 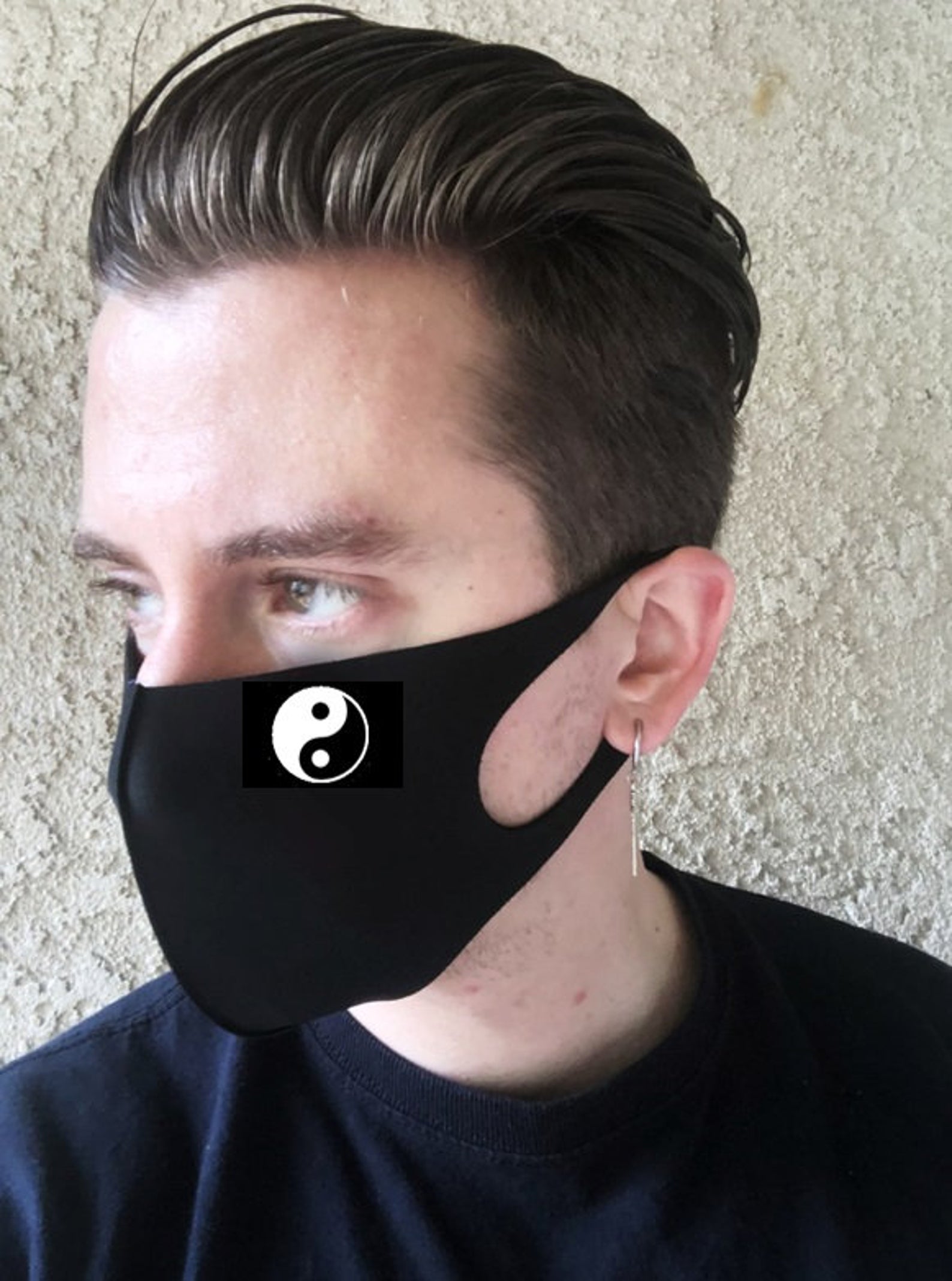 What can be more relevant right now than a reusable and washable face mask? This simple, yet with a cool touch face mask comes with an air-purifying mouth filter in the shape of the Yin Yang symbol. Buyers on Etsy seem to be very satisfied with this purchase and praised the cool vibe it gives with the old Chinese symbol. When there's, sickness, there's health. Probably this face mask is what you need to feel better mentally during the crazy whirlwind of a pandemic. 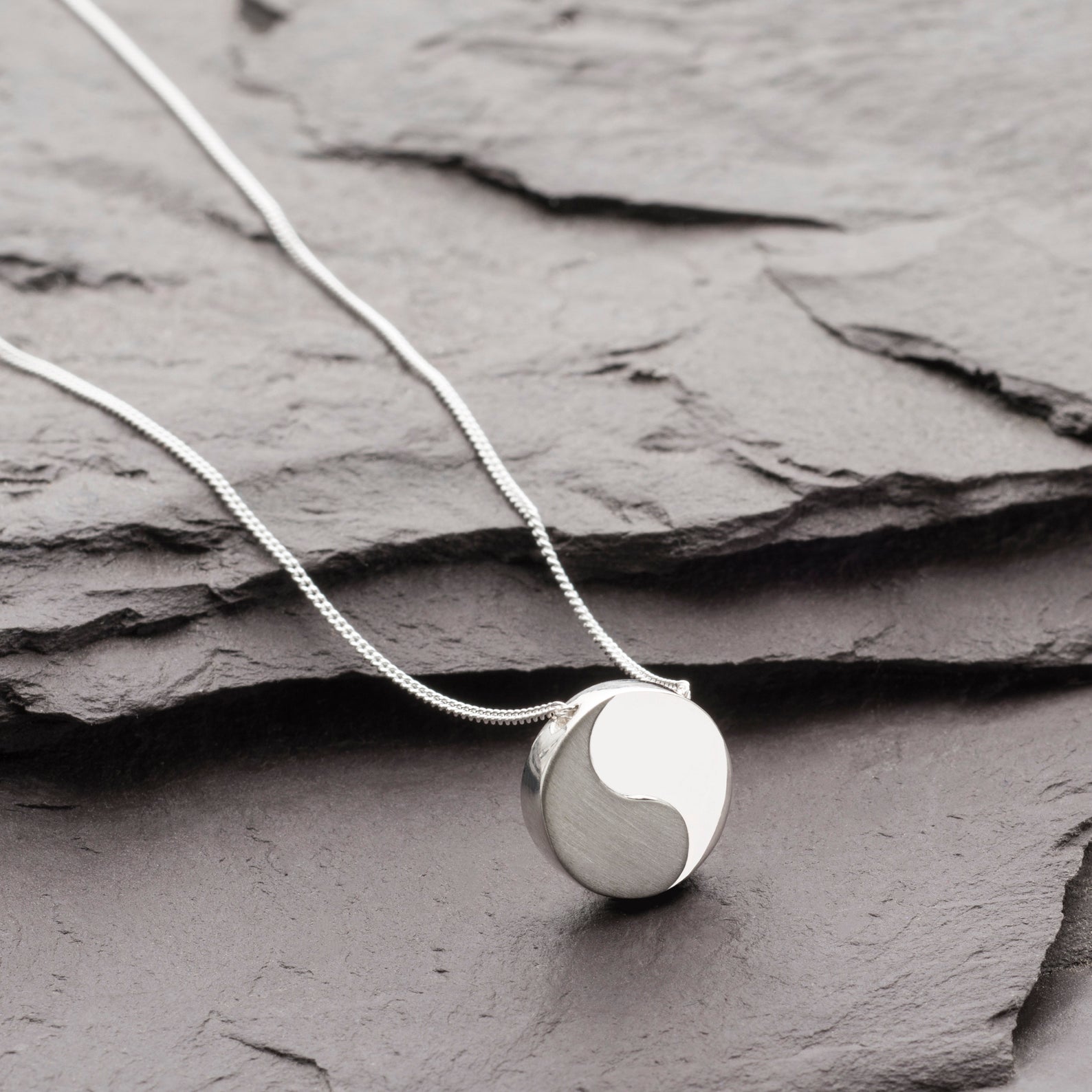 Look at this elegant, gorgeous piece of handmade Yin Yang necklace. This jewelry is fashionable, blending in the modern touch of silver and advanced design with the pattern being a slightly faded Yin Yang symbol to absorb the vintage, yet holiday-y calling.

The necklace remarks the symbol of peace is a way to bring inner calmness to its owner. Every time you feel stressed, on hold to the pendant and remember you can choose to be calm and fix the problem instead of raging about it. There are two sides to things that complement each other. If there's this thing happening, there must be a way out. The necklace will remind you of that. 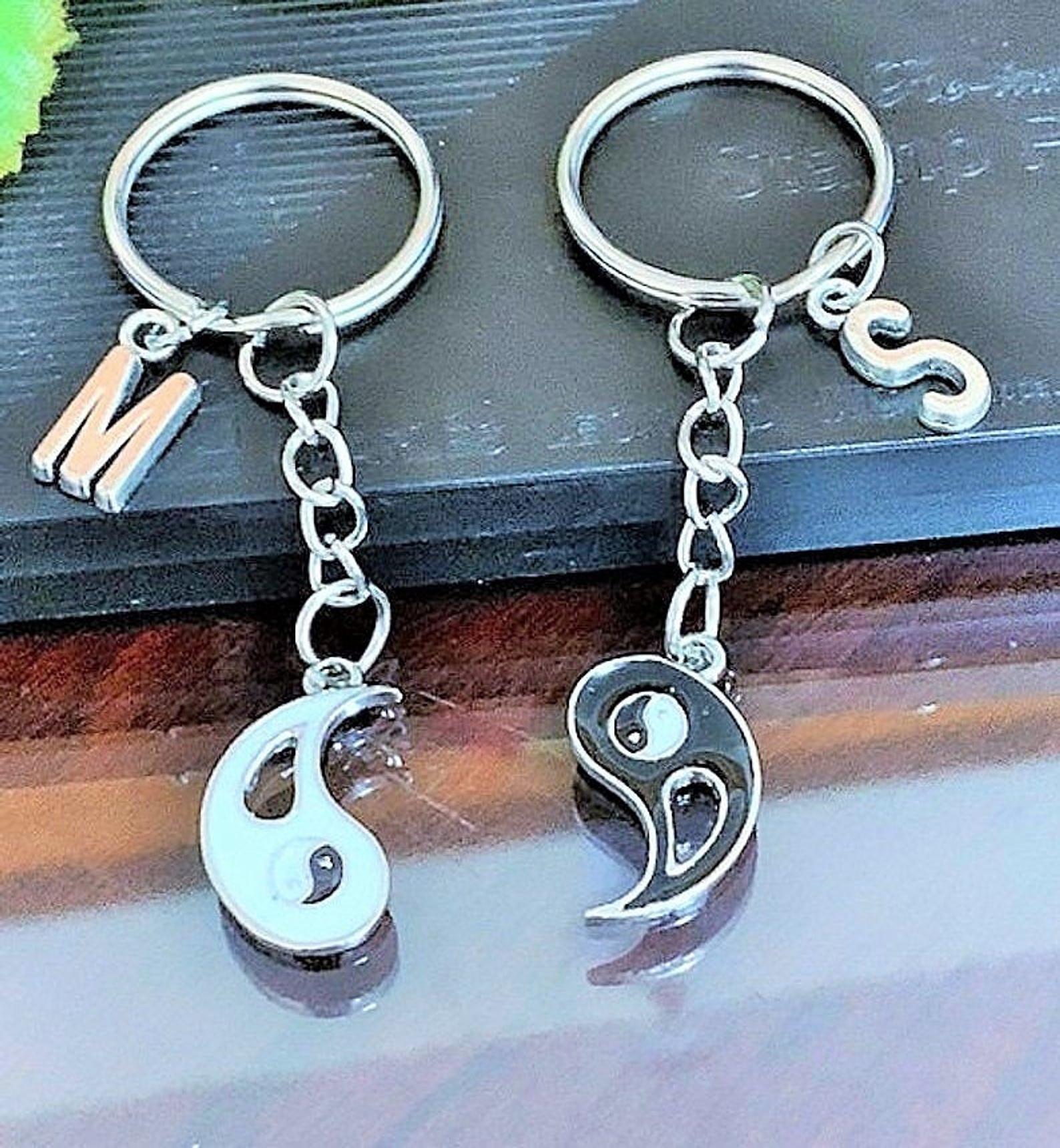 Best friend keychains? Or maybe one for your partner that complements your life? This is a great gift to give to someone that you value in life, someone that has been through thick and thin with you that you know you can trust. As the symbol suggests, you two won't be here if it's not for each other. It entails a great meaning to your relationship and it's a very thoughtful gift to anyone you cherish and love in life. You can consider this for your anniversary. 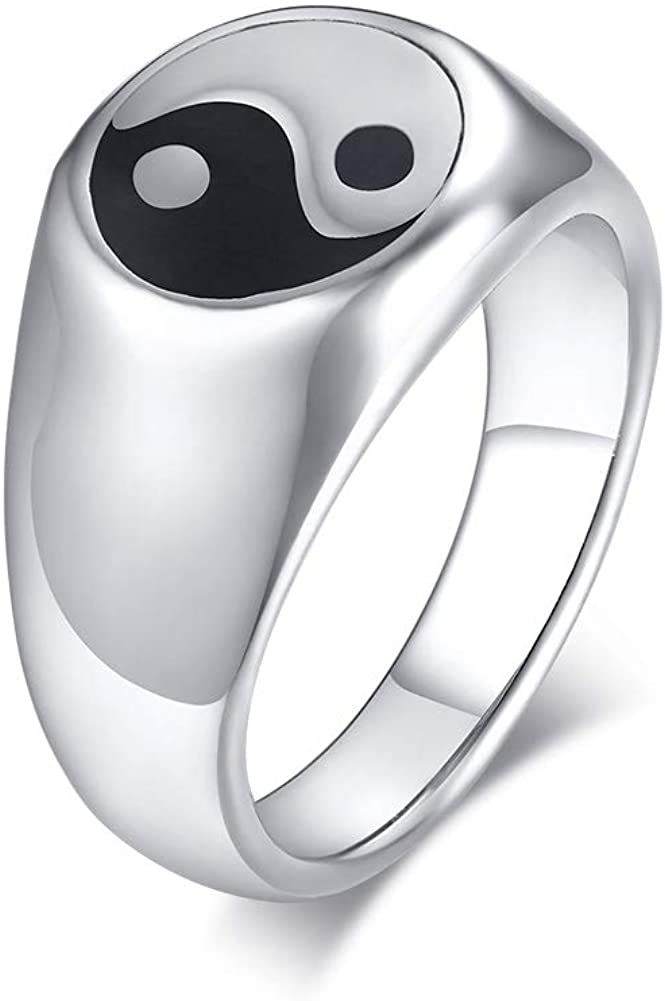 Nothing says you are a fan and a hardcore advocate of Yin Yang than a Yin Yang ring. This stainless steel ring is trendy and fashionable, with the dope Yin Yang symbol printed as if it's a modern-day style. This ring will keep you up with the trend and will not disappoint you if you are looking to impress someone with the cool and mysterious vibe you have.

This ring shakes off all the images that Yin Yang is a vintage thing that can't survive the 21st century. It's the perfect accessory for anyone looking to add something to their ring collection.

Check it out on Amazon.

Related Article: Ever Wanted To Find Out What Yin & Yang Powers Mean? 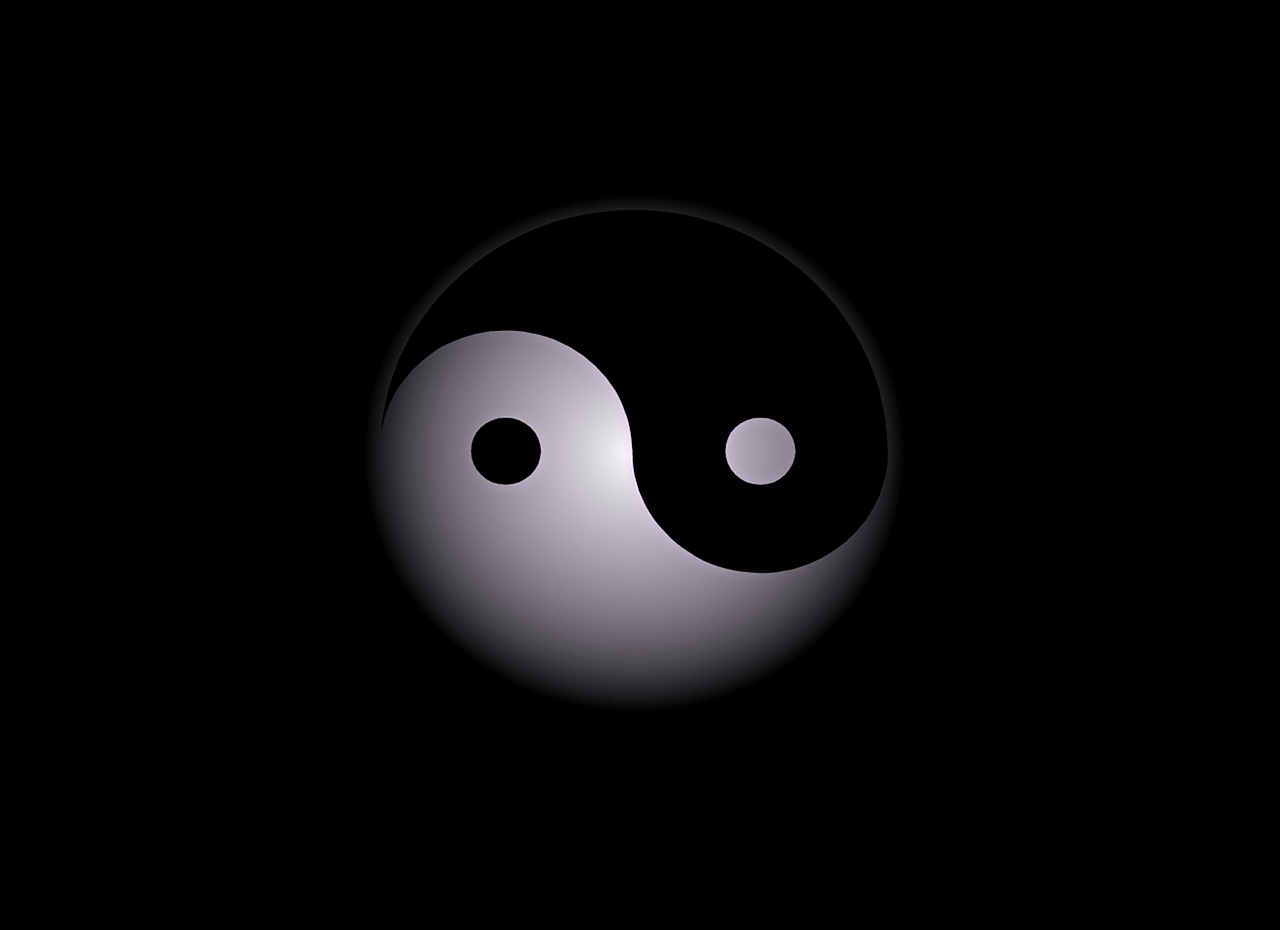 Learn about Yin and Yang and how to harness their power 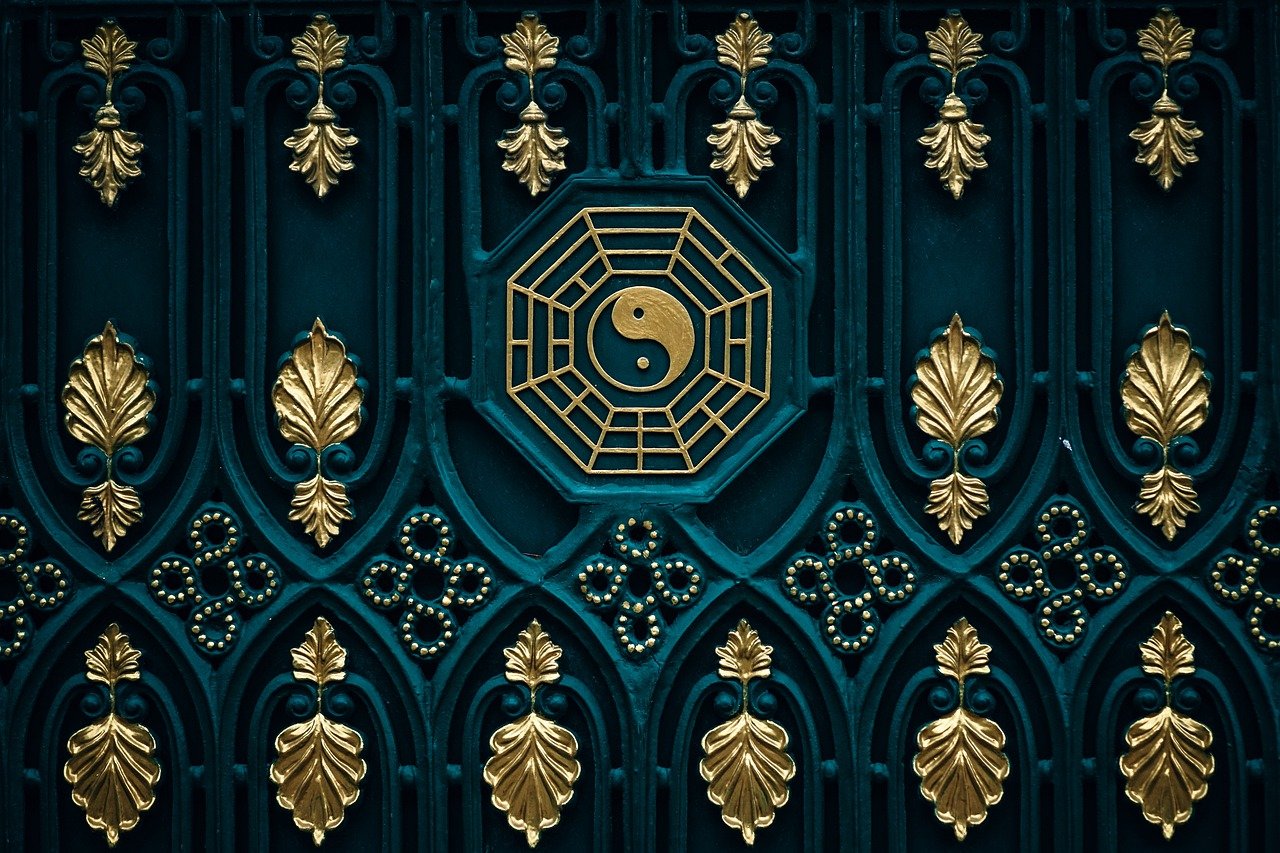 The history and meaning of Yin Yang are fascinating and makes you want to learn more and practice it. It's mesmerizing what the people before us left for this world. There are interesting mythologies from all over the world and the new age gurus are practicing them with a hint of modern-day taste as well as the touch of other forms as a tribute.

If you are already hooked on this lovely depiction of how Yin Yang works, don't hesitate to get one of those cute accessories and start doing Yin Yang your way!