What Are Spiritual Symbols? 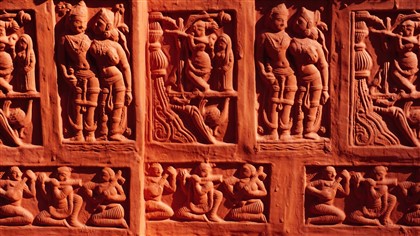 Spiritual symbols are signs that convey special meanings. They have been around for far longer than we might expect, allowing people to relay ideas and thoughts succinctly. Over time, these symbols have stuck around and frequently seen in our everyday life, while some of less importance.

What Are The Different Types Of Spirituality Symbols? 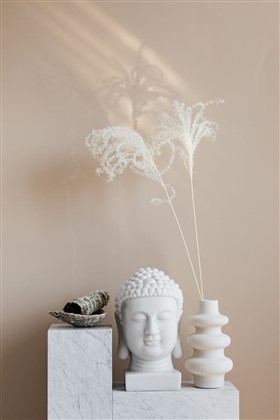 Not only are the symbols varying in their structures, but their meanings are also equally diverse. Some might impart messages of courage others might instill wonder and awe in people or might give rise to feelings of serendipity. On the other hand, there do exist symbols that have been known to adversely affect or at the very least give root to negative feelings. The beholding eye may feel fear. These symbols may or may not have religious and other social backgrounds; for example, they may be about nationalistic ideologies or they may as well have individual meanings.

How Is Knowing Spiritual Symbols Helpful For You? 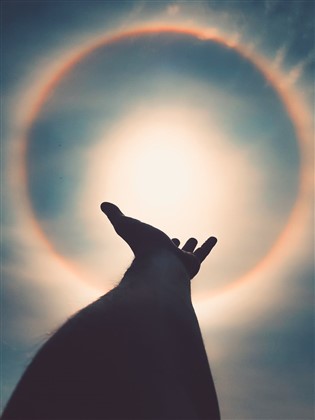 Spiritual symbols help a lot to understand the diversity in beliefs of people. By knowing them one can communicate better or can even learn to respect another person's opinion or belief. One may also find peace by utilizing them.

So without further ado, let's dig in! 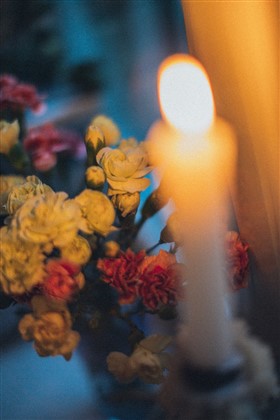 Symbolizing protection from the evil eye and negative energies, this symbol is often seen hung in people's homes or around their necks. It signifies seeking shelter against malicious intentions of those who may willingly or unwillingly try to cause harm to an unsuspecting person. 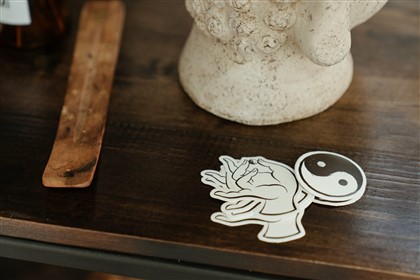 This is a Chinese symbol that is quite popular in contemporary culture and one may not find a person completely unaware of it. It reinforces the belief that above all evil, chaos, and destruction, the Universe is always trying to restore balance to this world. Interrelated, the harmony between good and evil, light and dark, and other opposites is crucial to maintain order. Yin, the darker region with a single white spot in the center refers to death, stillness, cold, weakness, and negativity while Yang refers to life, movement, warmth, strength, and positivity. 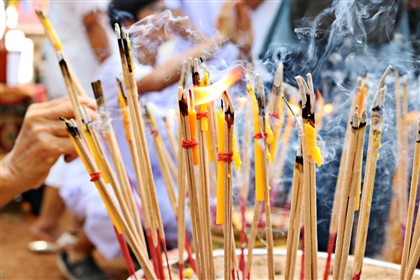 Also known as the Wheel of Law, it symbolizes the path of enlightenment, this sign belongs to Buddhism and specifically the concept of Nirvana where the 8 paths of enlightenment, including but not limited to right livelihood, speech, efforts, lead to the transcendent state devoid of suffering, grief, desire and even sense of self. Escape from the cycle of death, rebirth, and Karma- reaching Nirvana is the ultimate goal of Buddhism. 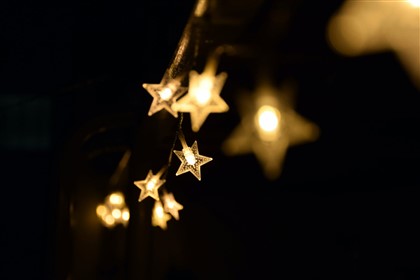 Adopted by Jews in the 19th Century, this symbol also appears on the flag of Israel. In contrast to the Christian symbol of the Cross, this symbol has two overlaid, equilateral triangles forming a star of six points. Kabbalists believe this serves as a protection against evil spirits. Though without any biblical or Talmudic authority, this star is now widely seen on tombstones and synagogues. In Hitler-occupied, Nazi Germany, Jews were forced to wear this star as points of identification and ultimately lead to the star signifying martyrdom and heroism.

With a cumulative Hindhu, Buddhist, and Jainist background, this sound of creation is believed to help the one who utters it to connect with divine energy. Those who practice meditation and yoga do make use of this sound to open the third eye, also known as the mind's eye. It provides perception beyond sight. 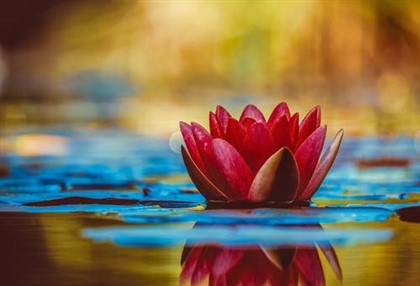 Emerging from muddy waters, the striking lotus flower signifies regeneration and rebirth as well as purity and enlightenment. No matter what the past may hold or how adverse the conditions maybe, just as the beautiful flower blooms amidst such ugliness, a person can change their condition. The Hindu religion refers to it as the Padma where it symbolizes rising above enticement. 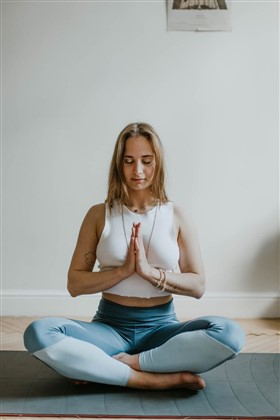 "The divine in me honors the divine in you." This gesture relates one's divinity to that of the person he/she is greeting. It allows people to show unpretentiousness and humility while giving warm greetings. Mainly practiced by Hindus who join both their hands together, it is a powerful spiritual practice in which one soul acknowledges the other. 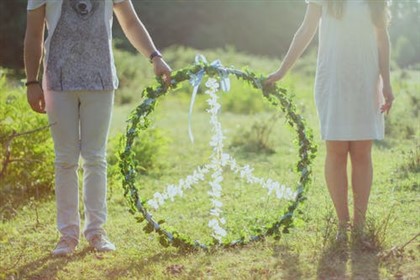 This is a universally renowned symbol depicting a human standing in front of the earth, with their hands by their sides in a show of surrender. Used widely in modern discourse since its creation in 1958, this a symbol even taught to kindergarteners in schools. It originated with the start of the Nuclear Disarmament movement and resonates strongly with those who yearn for tolerance and peace to triumph over evil. 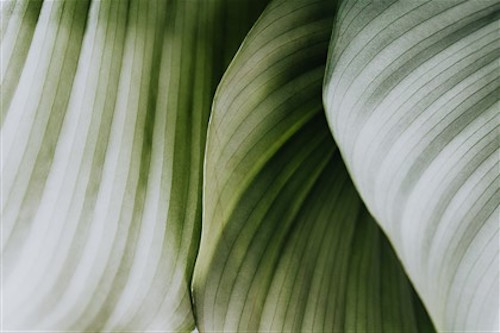 Representing spiritual awakening, this symbol signifies the struggle of Buddha who abandoned his luxurious life to live a simple one and on the 49th Day of his strict meditation, he achieved illumination. Sitting under the Bodhi tree all the while, his persistence finally won him his goal. Therefore, this symbol brings to mind the message that if one perseveres, he or she can do whatever one sets his mind to. Real grit and strength come from going on even in the face of a seemingly dismal situation. Ultimately, perseverance demands success. 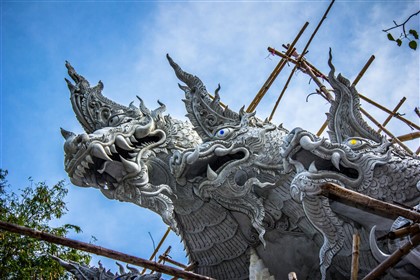 This is a symbol that is perceived differently in different cultures. Chines, Korean and Japanese cultures, which is the Oriental Culture, view it as a symbol of supernatural strength and protector of all water bodies. The total opposite is signified in Christian and other cultures, where it is seen as evil.  Europeans see it as a wicked creature protecting treasures in hard-to-reach lairs where the hero slays the dragon and wins over the treasure and the damsel in distress both. However, both the viewpoints may see it, there is no mistaking that dragons signify untamed chaos and ferocity. 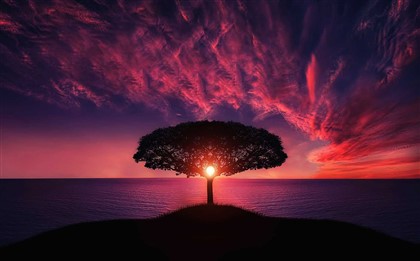 This beautiful symbol stands proudly with its branches reaching up to High heavens and its roots entrenched deep in the soil. It imparts the message of all life being sacred and originating from the same source. It also signifies the period of growth as life goes on which is not only physical but also mental and spiritual. As we age in life, our skin may sag but our hearts grow ever stronger and our minds ever wiser with the knowledge and insight of experience. 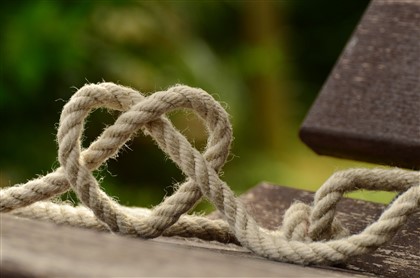 The realization that hits upon the very first glance of this symbol is that it is an infinite knot, with neither a beginning nor an end. This species represents the interconnection of the entire world and therefore, radiates peace and movement. The fact that it adds to the idea of time being an illusion, Dharma is eternal, and that it serves as an embodiment of Buddha's infinite belief in life and religious spirituality being intertwined both signify the never-ending connection of all things that it represents. 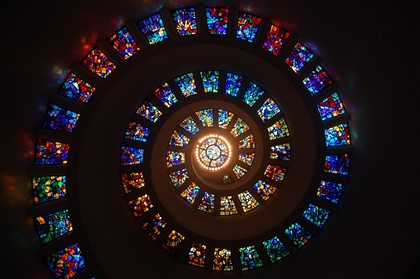 An ancient sacred symbol, Spiral is observed in different life forms and energies: plants, minerals, weather, death, and growth which are all indicative of the evolution of one's journey and patterns of growth. Perhaps this is why is it utilized as a charm since it is believed to help the wearer to make peace with changes and spirals in life. Furthermore, this symbol also represents the female womb, fertility, and life energy and simultaneously believed to connect us to the source of life since it represents the divine power of creation. 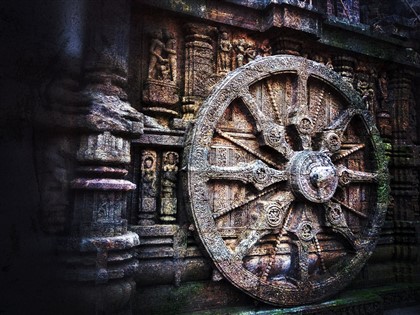 Also known as the Sacred Hoop or the Sacred Circle, this symbol finds its origins in Native American culture where it has been used for healing and teaching for so many generations. It also represents harmony, signifying an attempt to establish peaceful interaction amidst the four elements of the Earth. There are many interpretations about the medicine wheel but each of them establishes a connection with the cosmic things which is why people use it to manifest spiritual energy and strengthen their inner, true selves.

This one is a symbol of marriage originating from China, where it is believed to attract a strong and happy relationship with extensive use in jewelry and marriage decorations and gifts to ensure bliss, joy as well as unity.

How Do These Spiritual Symbols Help In Actualization? 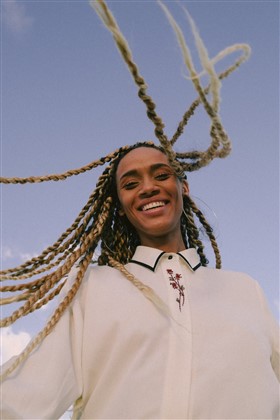 By learning about spiritual symbols and researching the meanings behind them, you may develop a greater sense of understanding of different ideas and values which support religions and other social and behavioral systems.

Related Article: 25 Most Common Spiritual Symbols You Must Know 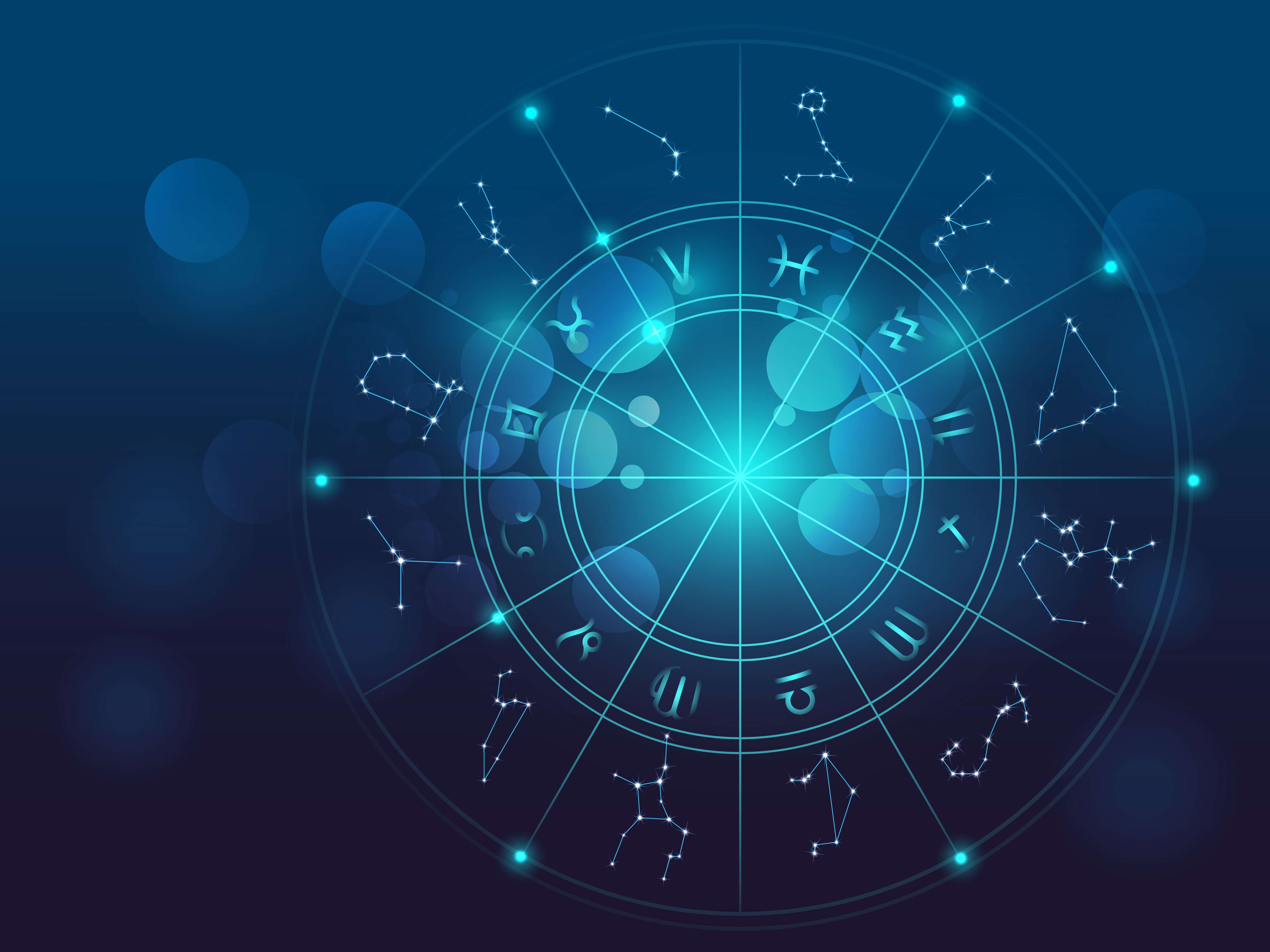 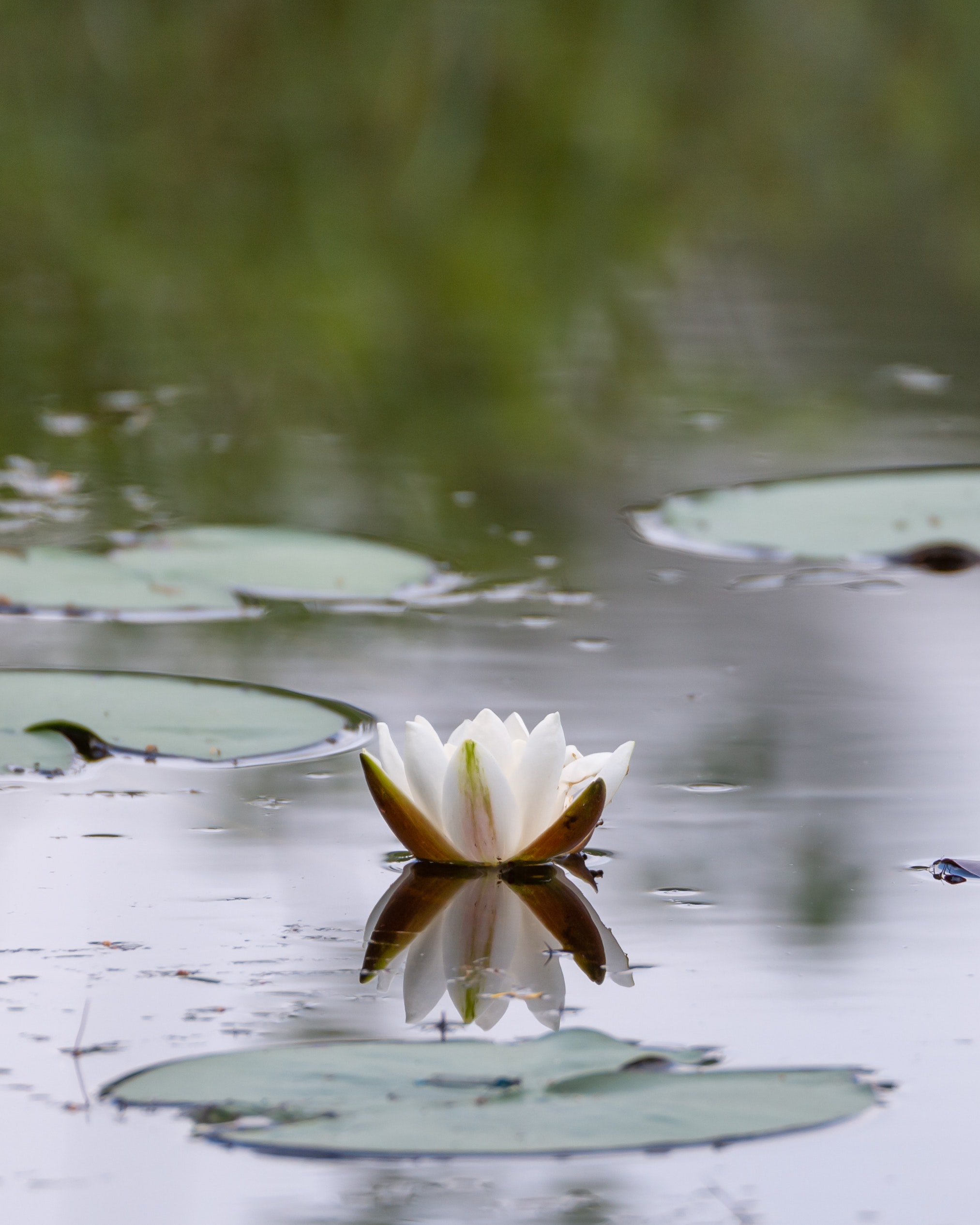 Spiritual symbols are not mere symbols; they have great deep meanings and stories associated with them all over the world and people have strong beliefs in them.  Hope this will surely be an interesting read and something to ponder upon.