What is Weeaboo, also known as Weeb

Japanese pop culture has found its way into the hearts of people from all around the world. Some people don’t just look at their anime, manga or content with an appreciative eye, but rather an obsessive one. So much so that they grow a loyalty with anime, and their love for these fictional characters becomes one of their core personality traits. This specific variety of ‘nerds’, who are overly dedicated to Japanese pop culture, are termed as Weeaboos and Weebs by the internet. 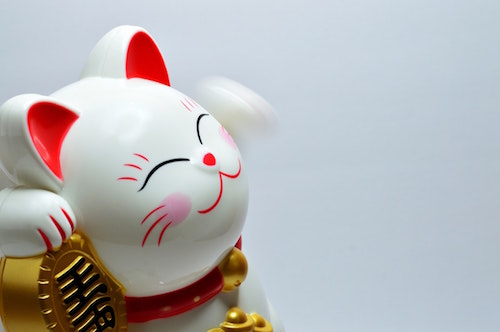 These people sustain their life over consistent doses of manga, anime, video games, which may sound a bit off-putting to others. They’ve fallen so deep into the Japanese pop culture that they actually grow an internal desire to actually become Japanese. They try to fit in Japanese slang into their conversation, correctly or incorrectly and dress up as their favorite anime characters. All of this is followed to the point where they actually start to worship Japan without ever even visiting it. To most people, being around them is downright annoying or downright entertaining.

The Evolution of Weebs

In the 1980s, famous anime like ‘Bubblegum Crisis’ and ‘Akira’ began to find their way into the Western countries through VHS tapes that people could trade around. This tape trading gave birth to some seriously hardcore western fans. Soon after, titles like Sailor Moon, Dragon Ball, and Pokémon were dubbed into the English language to be aired in the Western world. This incubated a whole new class of anime fans that associated their entire childhood with memories from these series. 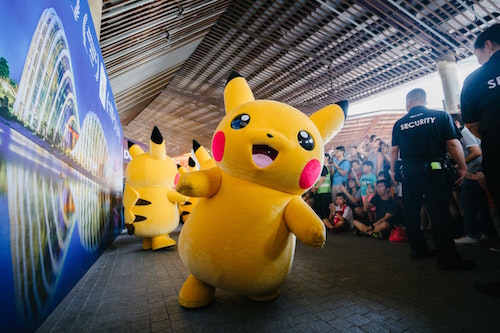 With the spread of the internet, anime naturally spread across the digital realm and started to reach the audience from all over the world. With the restrictions of the local TV cut down, anime fans started popping up around the globe. By the start of the new millennium, anime fandoms were established firmly internationally. 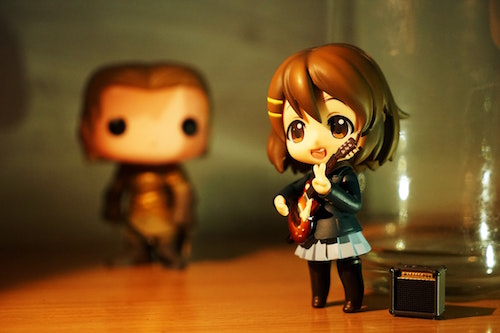 After this widespread emergence of anime enthusiasts, especially in the west, the term ‘Wapanese’ came into existence. It was the combination of ‘White’ and ‘Japanese’, representing a white person who’s overly devoted to Japanese pop culture. A large majority of these people were growing an intense obsession with Japan and everything about its culture.

Soon after ‘wapanese’ began to be known as hate speech, the term ‘weeaboo’ or ‘weeb’ entered the scene. Moderators of 4chan replaced wapanese with these new alternatives. These new terms were basically nonsensical, taken from the famous webcomic ‘The Perry Bible Fellowship’. It spread wide across the internet, and every regular online user knew what type of people these terms represent.

Weeaboos in the modern age 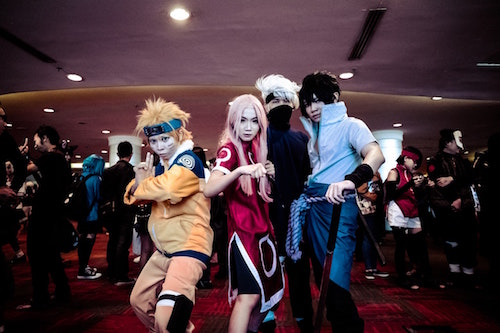 Stereotypically, a weeb’s image portrays a young, white man with questionably bad hygiene, a huge anime figure collection, and poor social skills. However, not all weebs fit this stereotype perfectly. Numerous people of color and women are in the weeaboo pool today but in a relatively small ratio. To cater to the growing female demand for anime and manga, ‘Otome games’ and ‘Boy’s love manga’ are targeted towards that particular audience.

These people come together online through platforms like Discord, Twitter, and other famous forums. You can spot a weeb by their apparent lack of knowledge about absolutely anything other than Japanese entertainment content. They simply don’t talk about other things, at least not for more than 5 minutes; that’s how deep their obsession is. Someone who’s even higher in ranks as a major weeb will have the picture of an anime girl as their display picture on social media platforms – you’ve surely come across a few of those already!

Why Would Someone Even Choose to be a Weeb? 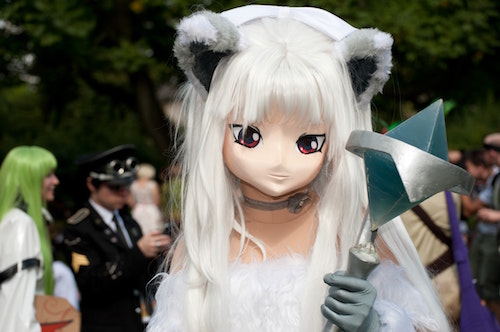 So, if it’s considered as such a "negative" thing in the society to be a Weeb, why would anyone want to be identified as one? Well, it’s complicated.

Think of sports fans, like hardcore, actual religious sports fans. They’re the ones who paint their bodies, even faces, in the colors of the team they’re supporting. They riot when their team loses on game day, and on the flip side, party zealously when they win. These sports fans behave the same way as typical weebs, in many ways. The only thing that sets them apart, obviously, is the nature of their obsession.

Watching sports and being an enthusiast about it is generally an acceptable form of pastime, according to social norms. However, sleeping with a life-sized pillow of your favorite anime character may understandably raise some eyebrows. A lot of it stems from the fact that sports are actually played by real-life people who put in the genuine effort, while the realm of manga and fictional anime is entirely fantastical. This makes weebs look like they’re totally cut off with the real world. 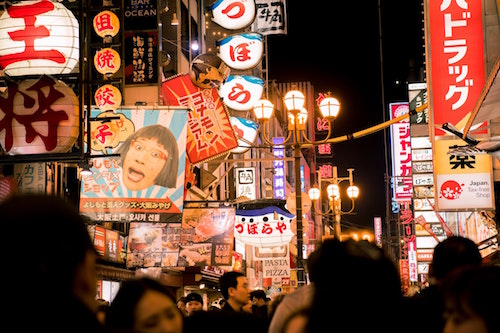 However, weebs follow what their heart likes – and frankly, what’s wrong with that? It’s absolutely no one else’s business if some willfully chooses to dress up as an anime cat and walk proudly across the street. Yes, he’ll look stupid, but he’ll be happy doing so. No fandom becomes less or more valid through the ever changing societal norms. The anime enthusiasts who know what they’re crazy about, and aren’t afraid to show it, embrace their ‘Weeaboo’ badge with honor – no matter how much fun is poked at them.

Weeb vs Otaku: What is the Difference?

Let’s get one misconception out of the way first; none of these two words is any less insulting. Both are used to affront people, and no one should like being called either of these terms. 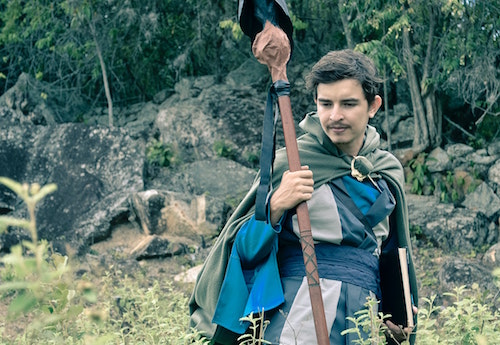 We’ve already gone deep into detail about how terms like “Weeaboo” or “Weeb” came into being. They were words to deliberately insult, and offensively tag westerners who were acting in an obnoxious way. Weebs were originally fans who sprinkled their normal speech with needless chunks of Japanese here and there (such as “Sugoi” or “Desu!”) which they didn’t even understand fully. These people were supposed to have an uninformed view of Japan, having seen only bits and pieces of its image portrayed through Japanese pop culture.

However, it didn’t stop there. ‘Weeaboo’ was proudly embraced by these western anime enthusiasts as a badge of honor. But, ‘Weeb’ or ‘weeaboo’ was and still is, an expression of hate and offense. No matter how much anybody tries to adopt it or claim it as their identity, that won’t change. No matter how much that term is glorified, any guy outside the anime community views ‘weebs’ as deluded individuals who are overly obsessed with Japanese pop. 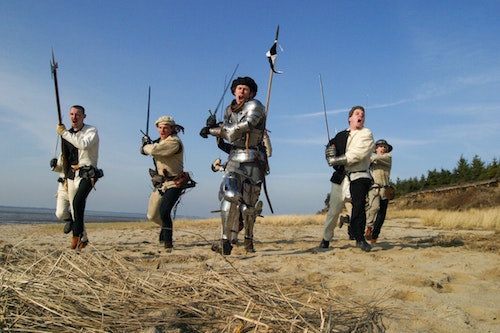 Otaku isn’t considered as an offensive or an insulting term at all in the west. Even the more intelligent fans, who totally disagreed with embracing ‘weeb’ proudly, were fine with being called an otaku. However, they walked right into the next set trap. They should have known better because just because a term isn’t considered that bad in the west, doesn’t mean you should be fine with it.

Anime is from Japan, all this obsession is over their Japanese content. Otaku is a Japanese word, so the Japanese perspective on the term should be a priority for any anime enthusiast to examine before identifying oneself as Otaku. Well, sadly enough, Otaku is a strongly disparaging or insulting remark in Japan. It describes a person who is obsessed with a certain topic to an unhealthy extent – so much so that he becomes socially dysfunctional. No Japanese, not even one, would be happy about being called “Otaku” unless it’s meant as a self-demeaning joke. Semantically, the situation resembles strongly to ‘weeb’.

Can A Japanese Person Be A Weeb? 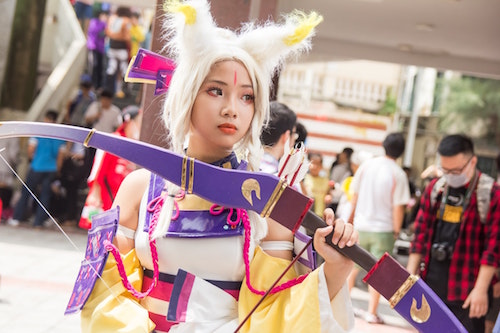 Well, what’s so weird about a weeb is their absolute disregard for their own culture and total obsession over another country’s image. They become a social outcast to follow an uninformed notion of Japan which they’ve seen through various manga and anime series. They dress up as samurais and walk through Times Square in New York as if they’re doing nothing weird at all – that’s what earns them an insulting title such as a weeaboo.

In this way, a weeb is only someone who’s American, or at least a westerner, who isn’t of Japanese heritage, but followed their culture obsessively. They constantly advocate their culture to be the best and only culture that should be followed. However, if it’s a Japanese person doing all these things – it’s totally acceptable and even appreciable! Hence, a weeb can’t be a Japanese person at all. 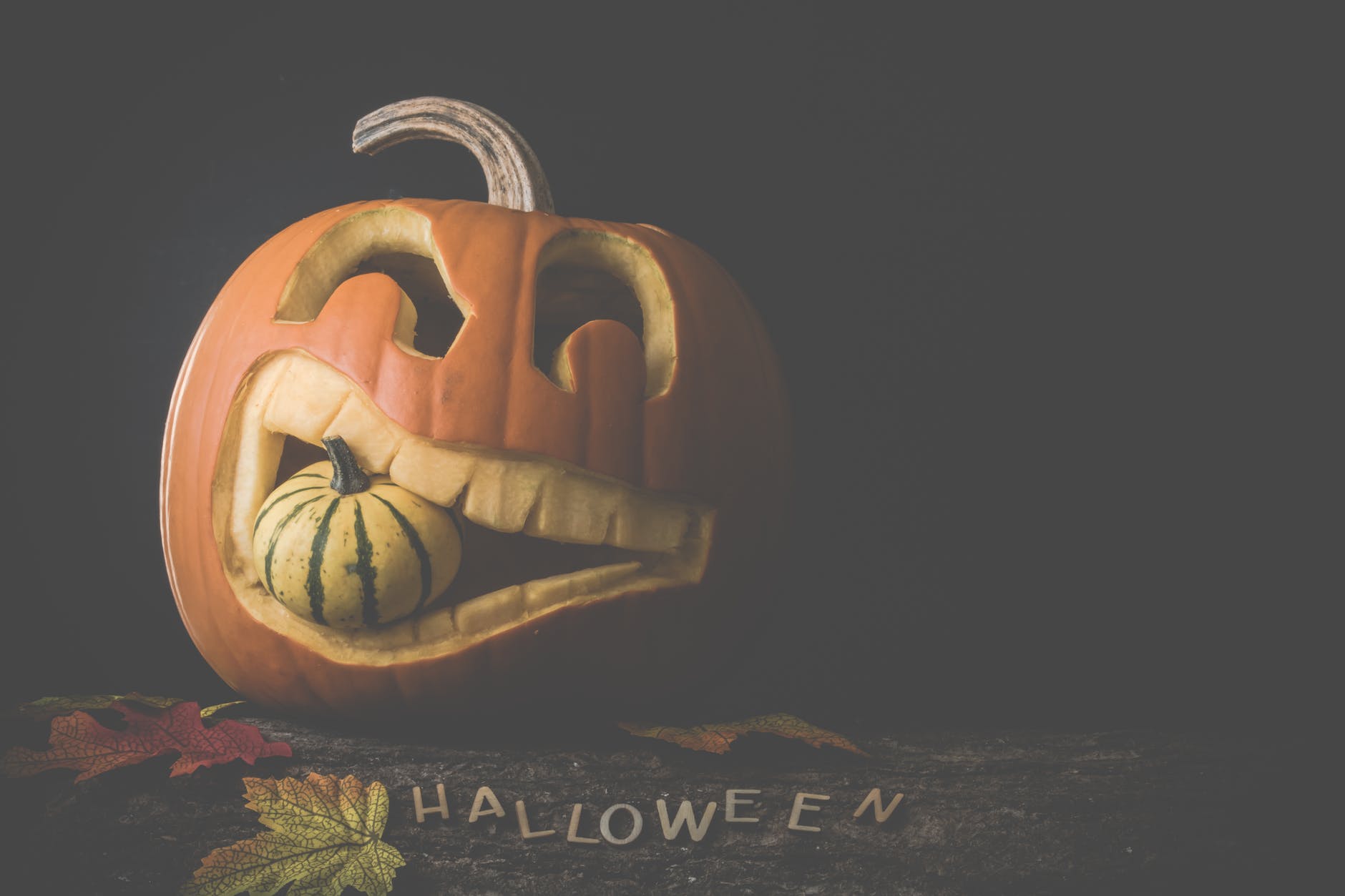 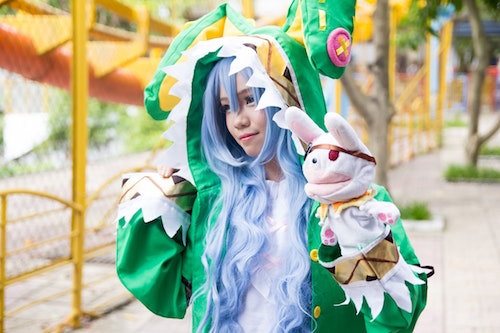 After spending any amount of time on some famous social media platforms, you’ll eventually come across terms like ‘weeb’ or ‘weeaboo’. They’re usually thrown at people on Twitter, Reddit, or Facebook who regularly demonstrate their obsessive love for anime posters or a particular figurine collection. Through this article, you’ve now come to know what it exactly means. We’ve gone deep into this term; not only explaining its meaning and usage but also taking a look at its origin and evolution over the last few decades. Hopefully, next time you hear someone use this term, you’ll be completely aware as to what they mean!