Some say it is key to add a sense of distance or measure of independence to maintain any functioning romantic relationship. However, this has been proven to be wrong, time, and time again. As long as you and your partner are fully compatible and thrive when spending a lot of time together, even sharing a career, then why not?

Whether it's two chefs, lawyers, doctors, or even a director and actress, like Jeff Baena and Aubrey Plaza, partners that share careers do not mean they become co-dependent or step on each other's shoes at work. In fact, this setup could be the foundation for a truly fulfilling career.

Who is Jeff Baena? Relationship with Aubrey Plaza?

Jeff Baena is a writer, producer, and director, born on June 29, 1977, in Miami, Florida. It was as if film and Baena were meant to be because he already knew his passion at an early age.

He went to New York University and took up a major in film. He was very active in theater and drama while in school, feeding his longing to learn everything there was to explore screenwriting. He wrote and directed many of the plays the theater group of the school showcased.

College, for Baena, was like an invaluable internship where he got first-hand experience and training for his future profession. He moved to Los Angeles after graduating and landed his first job with famous filmmaker Robert Zemeckis. The lucky fresh grad worked as a Production Assistant Director under Zemeckis. 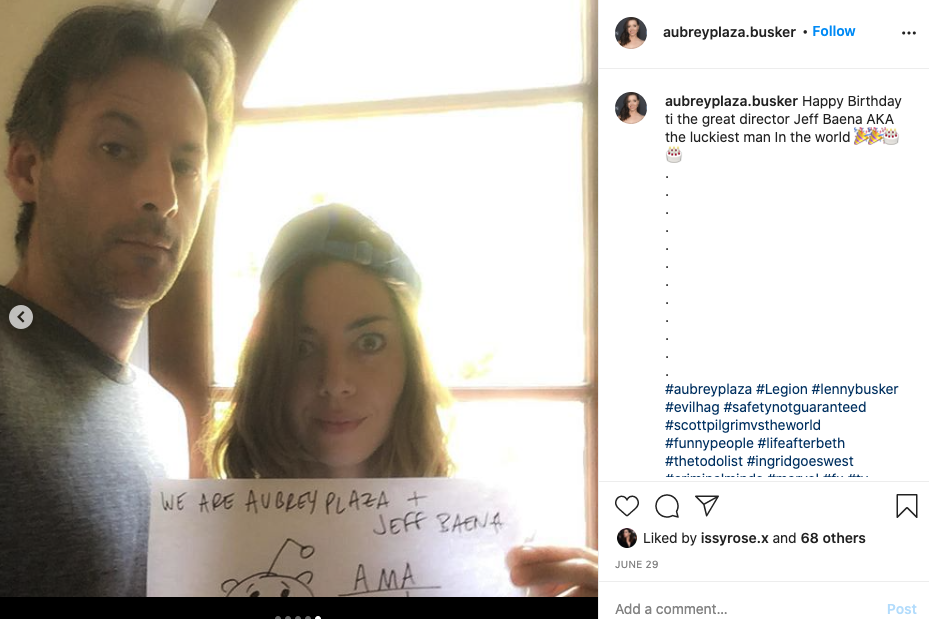 Baena steadily grew in his career and eventually steered towards writing and directing films. This was his passion, after all. He applied for a job as assistant editor under renowned director, screenwriter, and producer, David O Russell. Russell is known for his comedy films Spanking the Monkey, Three Kings, and Flirting with Disaster.

Baena showed interest in working with Russell after watching Spanking the Monkey. He got an interview with Russell after writing a captivating writeup on Flirting with Disaster. For Baena, this was the sign that he was meant to work with the director. Baena recalled the bizarre interview he had with Russell where he was asked about the JFK assassination and his thoughts on the famous French director François Truffaut.

Still, Baena did well because he got the job! Despite having to commute long hours to his new role, Baena loved every moment of it.

The accident that boosted his career

A year and a half into his job, Baena had a minor accident that almost cost him his eye if he delayed going to the hospital to seek medical attention. However, being cooped up in the hospital took a toll on Baena as he could no longer go to work. Yet, luck was still on his side because this propelled Russell to keep Baena busy.

The two exchanged ideas and worked closer than ever. Russell discovered that they were like two peas in a pod and processed things on the same wavelength. This helped Baena recover faster. Baena worked on four scripts with Russell, including the 2004 hit I Heart Huckabees. 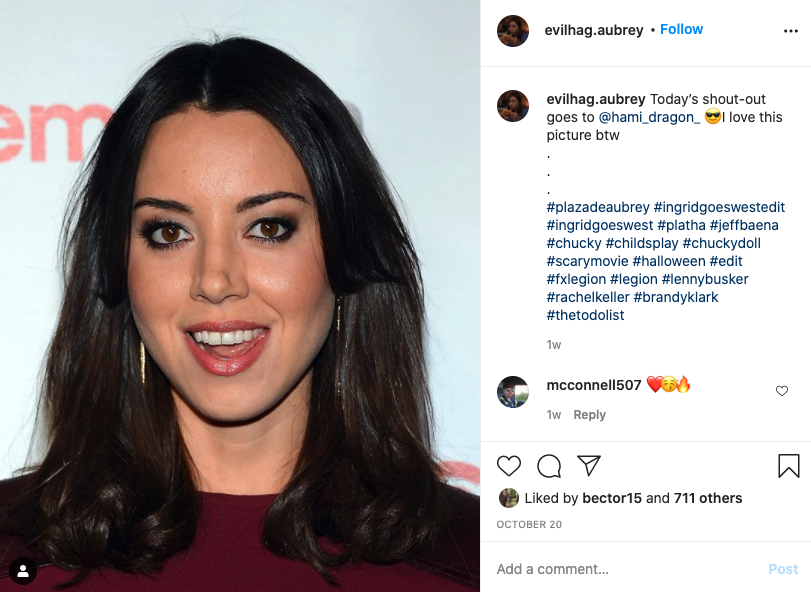 Baena is currently dating Aubrey Plaza, best known for her role as April Ludgate in NBC's Parks and Recreation. She is an American actress, comedian, and producer. Plaza first started with improv and sketch comedy at the Upright Citizens Brigade Theater. She then went on into various films such as Safety Not Guaranteed, Mystery Team, Funny People, Mike and Dave Need Wedding Dates, Child's Play, The To-Do List, and more.

While not much is known exactly when and where Plaza and Baena's paths crossed, the two did meet in 2011 and have been together since. In fact, their paths often cross as the two work closely together, and Plaza appears in all of the films Baena directed.

What Is Jeff Baena Famous For?

Baena is famous for the following films: The Little Hours (2017), Life After Beth (2014), I Heart Huckabees (2004), and Horse Girl (2020). He wrote the first one, directed and wrote the next three films, and directed, wrote, and produced Horse Girl. Baena earned a Grand Jury Prize nomination at the Cannes Film Festival for Life After Beth.

How Long Has Aubrey Plaza And Jeff Baena Been Dating? 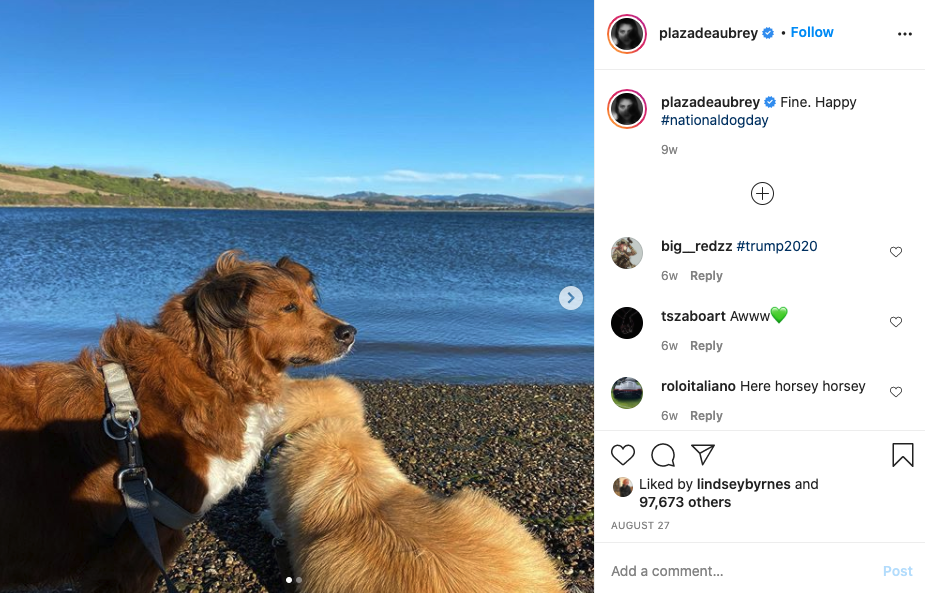 As mentioned earlier, the two are known to have gotten together in 2011, almost a decade today, into the relationship. The two also live together in L.A. and have two dogs named Frankie and Stevie, which they rescued. Plaza had shared in an Ellen DeGeneres segment that both dogs were "beautiful and perfect" in her heart despite being very different.

A decade and two dogs basically sum up what the public knows about the couple. There is minimal information on how they met and how the romance developed. They share a common passion for working in the entertainment industry, which the couple has often discussed and described to be fulfilling.

While other couples share their relationship on social media, Baena has always been private about his life online and only has less than 500 followers. Meanwhile, Plaza has over 2.6 million followers yet rarely uploads posts involving her love life. The few instances include one in 2018, which was a birthday greeting for her beau, and another one (with the same photo) on Valentine's Day.

How Does The Couple Feel About Working Together?

With Plaza appearing in all of Baena's directed films, it can be deduced that they enjoy working together. Baena has spoken highly of Plaza's acting skills during interviews. According to one in particular, which was conducted by UnderTheRadarMag.com, Baena felt unsure about making his debut until Plaza came along. "If I had made Life After Beth in 2003, I don't know who could have pulled it off as well as Aubrey did," said Baena.

Furthermore, Plaza was introduced into production through her partner and made her production debut in Little Hours. "For me, the moviemaking process is a magical, mystical journey, and having that input and control from the beginning was fun," said Plaza in a The Hollywood Reporter interview. "I like the idea of being able to affect the movie in more ways than just saying my lines."

Despite working on each other's films and sharing the same career industry, the two are also open to separate projects. Plaza told People in 2019 that they both enjoy the independence that their careers bring. "I think that one of the great things about our careers is that we are forced to be independent, take little breaks, go off and do out things and come back."

The couple takes breaks in their relationship when this happens, yet it makes them stronger when they get back together. According to Plaza, it's fun because nothing is ever the same. Not many couples can pull this off successfully, yet the Baena and Plaza sure do make it seem easy.

Regarding Baena's perception of Plaza's acting skills, he fully believes that she could do so much more than comedic roles. "I think she's sort of been pigeonholed into deadpan comedy," said Baena to UnderTheRadarMag.com. "She has the ability to do pretty much any kind of acting. I think she's incredibly talented as a dramatic and comedic actress," he added. Talk about full support.

Now, let's talk about net worth. Although Plaza is worth more than double as Baena, this fact does not bother the couple. Plaza is reportedly worth $8 million while Baena is at $3 million.

What Are The Projects That The Two Have Worked On? 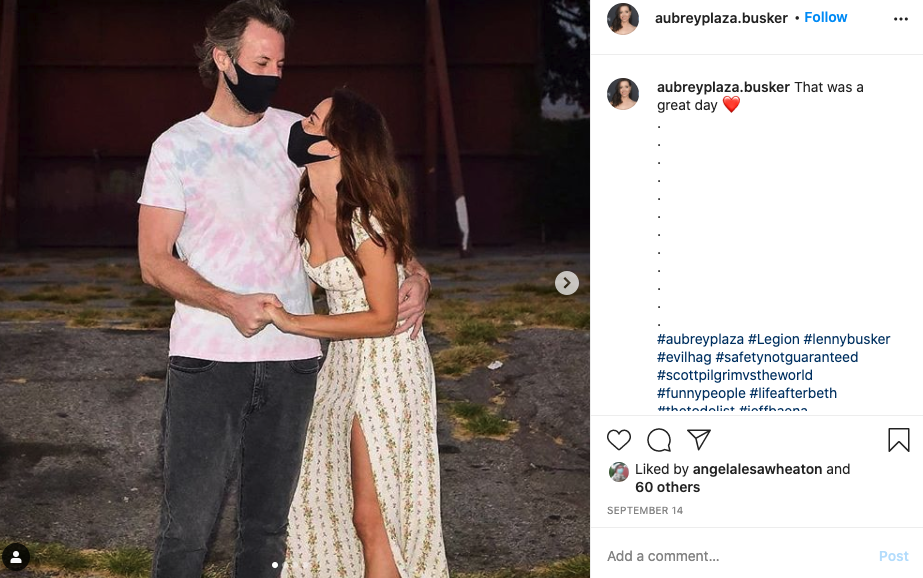 Plaza could be quoted saying to IndieWire that she had been in each one of Baena's films. "I've been there from the beginning of every idea because we're together. We're working on it even when we're not working on it," she said.

As we mentioned earlier, Baena's debut film was Life After Beth in 2014, which starred Plaza. However, did you know that Baena wrote the script for the movie almost 11 years ago? It was only when he met Plaza that he knew he had to push through with the film. It even took two years of dating before Plaza heard of Life After Beth.

"Aubrey had a meeting with her agent, and they were discussing future projects, and he remembered my script because he represents Joseph Gordon-Levitt, who wanted to be in it back in the day," shared Baena to UnderTheRadarMag.com in 2014. "He brought it up to her, and she asked me about it because we'd never really talked about it. As soon as she said that, I realized immediately that we had to make this movie with her in it."

What Is The Couple Up To Now? 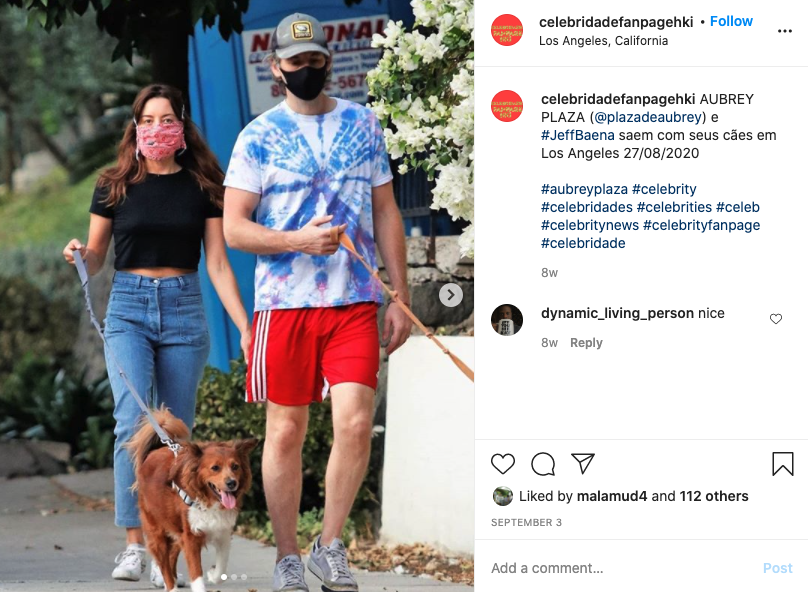 It can be deduced by now that the couple enjoys the spotlight when it comes to their careers but not much beyond that, especially when it comes to their private lives. In a 2013 interview with Cosmopolitan for Latina, Plaza said they enjoy having friends over at their L.A. home. "When we're together, we like hanging out at home. We're happy having people over and playing Settlers of Catan or Battlestar Galactica. We're kind of dorks."

Not much is known if the two are engaged or planning to tie the knot. Regarding starting a family, one of the few recorded moments that Plaza had talked about it was in 2014, but as a joke. She wanted so desperately for her character in Parks and Recreation to be pregnant. "I've been saying this for two seasons now: If they don't put a baby inside of me, I'm going to put one in myself, literally, so that they're forced to write it on to the show!" said Plaza to Vulture.

A quick look at Plaza's Instagram shows she has been busy with the U.S. elections and supports Christina Hale, who is running to become the first Latina ever to be elected into Congress. 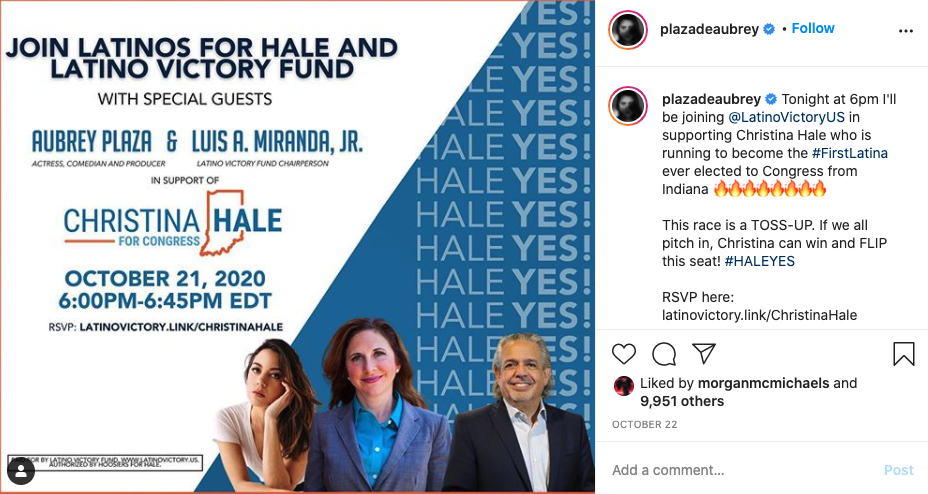 Plaza is also outspoken about her ancestry and promotes equal rights among races and ethnicities. On August 19, 2020, they hosted a socially-distanced screening of The Little Hours at the Vineland Drive-In theater. Baena and Plaza appeared in their casual attire, looking stronger together as ever. They were joined by Dave Franco, Allison Brie, Fred Armisen, and Kate Micucci, who were Plaza's co-stars in the film.

Related Article: 8 Celebrities Couples Who Are Married To An Asian Partner 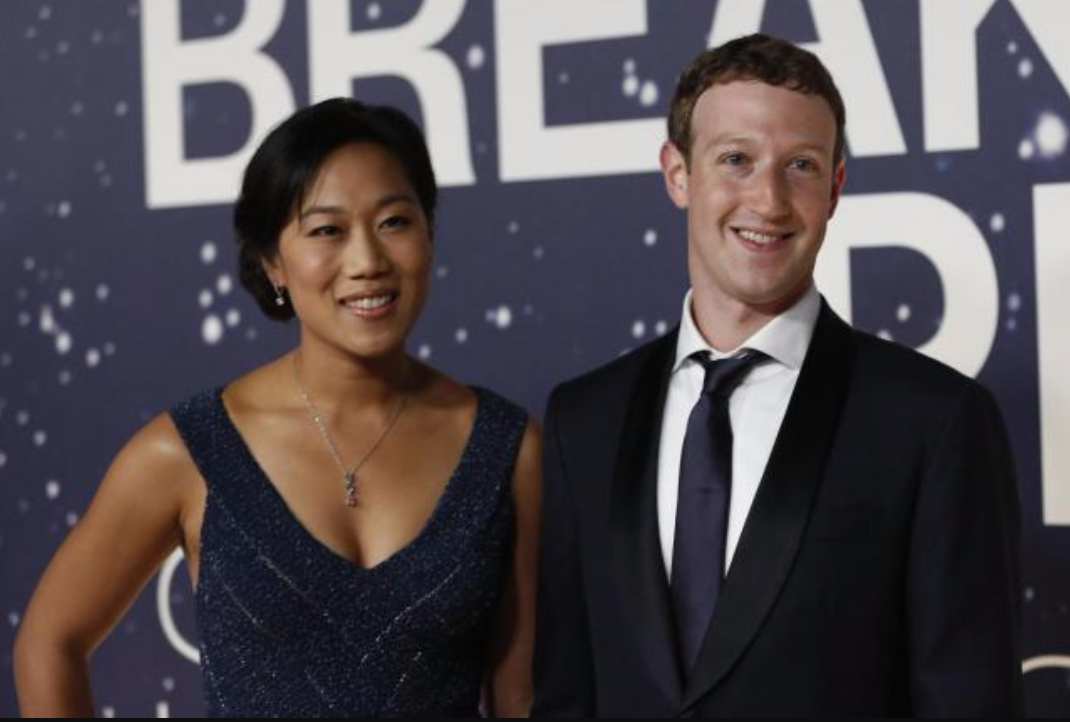 Finding out who are proudly married in an inter-racial marriage 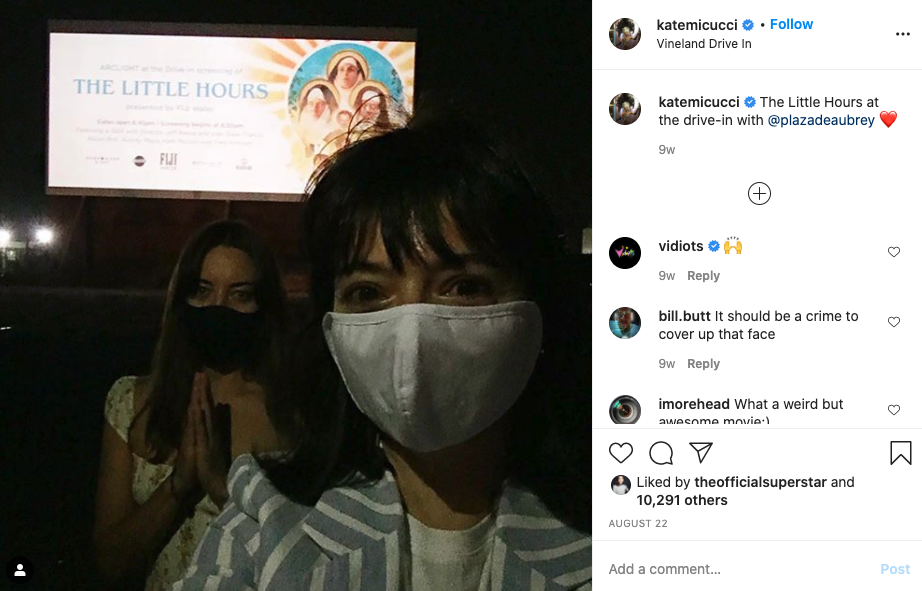 It appears nothing can stop the powerhouse Baena-Plaza couple. They have proven that two independent people can be successful in a shared career, take breaks, last a decade in a non-married relationship, and have fulfilled lives nonetheless.