Who is Lee Kirk?

Relationships in showbiz can get quite tricky if one partner likes to keep their private life, “private.” It gets even more complicated if one spouse is a famous actor or famous icon, and they’re married to someone with a low profile. Some examples of famous people with non-celebrity partners are The 10 Things I Hate About You star Julie Stiles who married camera assistant Preston J. Cook and Big Little Lies star Reese Witherspoon who married talent agent Jim Toth. Another good example is NBC sitcom’s The Office star Jenna Fisher, who’s with long term partner and husband, Lee Kirk.

Who is Lee Kirk? Might you be wondering? Lee Kirk is not only a director and actor but also a writer. Some best works he is known for are The Man Who Invented the Moon (2003), Pants on Fire (2008), and The Giant Mechanical Man (2012). He even went on to direct his wife and The Office star Jenna Fisher. Lee Kirk also made a cameo appearance in The Office in season 6 on the episode called The Delivery as Clark the Lactation Consultant. 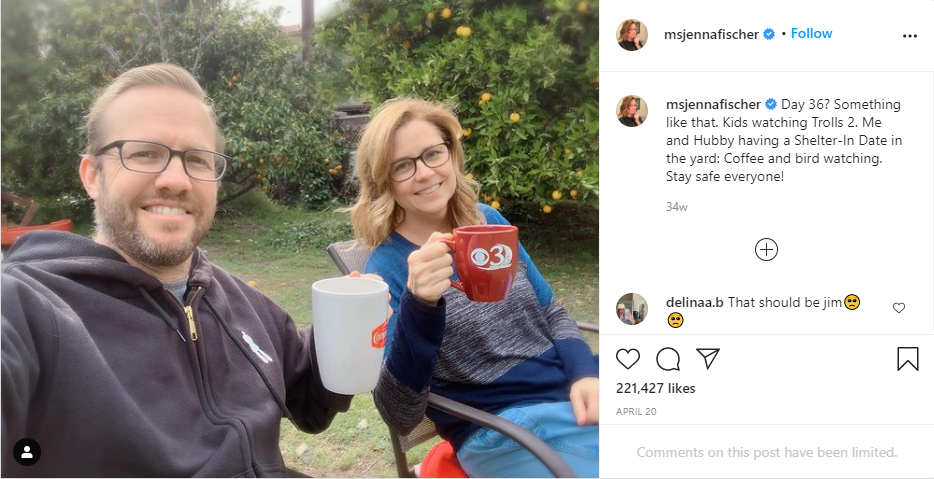 What is he famous for?

Lee Kirk is not a big time director that gets stopped as he gets his morning coffee. He does get recognized here and there, but it's more of an association to his wife, Jenna Fisher. He does not have a lot of big-name films under his name, but his first work The Man Who Invented the Moon (2003) got some attention from the world.

This film is an Indie short film that was released in 2003 by Normandie County Films. Lee Kirk wrote the screenplay and Laura Hegarty and John Colburn directed the film. The running time of the film is only 32 minutes, and it was released in the United States. The short film won the Mumbai Women's International Film Festival (MWIFF) 2006 award and aired in film festivals like The Midwest Independent and Saint Louis International Film Festival. The film has a 7.3/10 rating on IMDb and is categorized under comedy. Other short films Lee Kirk wrote after The Man Who Invented the Moon were The Women (2004) and The Benefits of Drinking Whiskey (2005). Want to hear more about the other films Lee Kirk worked on? 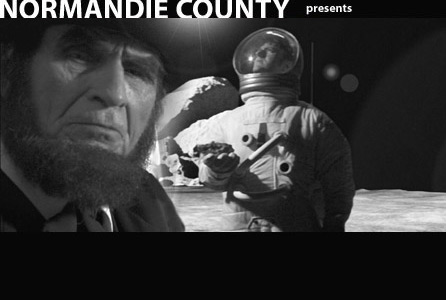 What did he work on?

Another film Lee Kirk worked on is Pants on Fire which aired on 2008. This comedy film tells the story of a struggling actor’s tall tales of fame that resurfaced when his childhood friends made a surprise trip to Hollywood. Colin Campbell directed the film with Lee Kirk as the writer. Pants on Fire has an IMDb rating of 6.6/10.

The next film Lee Kirk wrote and directed was The Giant Mechanical Man which aired in 2012. The film’s genre is comedy, drama, and romance. It runs for a total of 1 hour and 35 minutes and tells the story of a romantic couple. Lee Kirk’s wife Jenna Fischer starred in this film. IMDb rates this film as 6.7/10 stars. 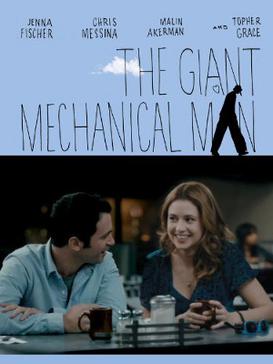 The last film he worked on was Ordinary World, which tells the story of a former punk rocker played by Billie Joe Armstrong. Armstrong is trying to get by day by day with life as he tries to relive his old glory days on his 40th birthday. The film aired in 2016 and ran for a total of one hour and thirty minutes in total. Unlike the previous films Lee Kirk worked on, he not only wrote the screenplay but also directed for this one. Ordinary World received a 5.5/10 rating on IMDb and got a 47 % rating on Rotten Tomatoes.

How did he and Jenna Fischer get together?

Fischer and Kirk first met back in 2008. Fischer pitched director Kirk a film idea at this time that was sadly rejected. After politely rejecting Fischer’s film proposal, Kirk pitched her three ideas. It was the film The Giant Mechanical Man where the pair ended up working together. Their relationship started on purely platonic and only turned romantic six or seven months after their first meeting. Jenna was going through a divorce when she first met Kirk while Kirk had just broken up with his seven-year partner when he first met Jenna. Though their meeting seemed complicated, it quickly grew to romance as the two could not get enough of each other.

Before confessing their feelings for each other, Jenna and Kirk mostly spent their time together through weekly script dinners. Jenna quickly grew to adore Kirk and started to see him more than just a director. She even said, “I’m looking at basically the perfect man. It doesn’t get better than this.”

Kirk proposed to Jenna while they were vacationing on a trip to Europe back in 2009. It was during this time that Fischer’s on-screen character Pam Beesly was preparing to wed Jim Halpert. It was also during this time that the low key couple finally told the public about their relationship and soon to be wedding. Friends, family, and fans were more than thrilled to hear the news. On July 2010, the couple got married in Malibu with a small close-knit group of friends and family. It was an intimate ceremony that surprisingly had survivor host Jeff Probst as the officiant. Apparently, the survivor host was an ordained minister through the Universal Life Church. Jenna and Lee’s wedding ceremony was full of good vibes and good food.

How long has the couple been married?

Jenna and Lee don’t divulge much about their private lives as Lee himself likes to steer away from prying ears and eyes of showbiz. Being married to Jenna, however, has made this lifestyle harder for Lee. The couple has been happily married for ten years and has two children together. Their firstborn is son Weston Lee Kirk, and their next child is daughter Harper Marie Kirk. Weston is currently nine years old, and Harper is six years old. 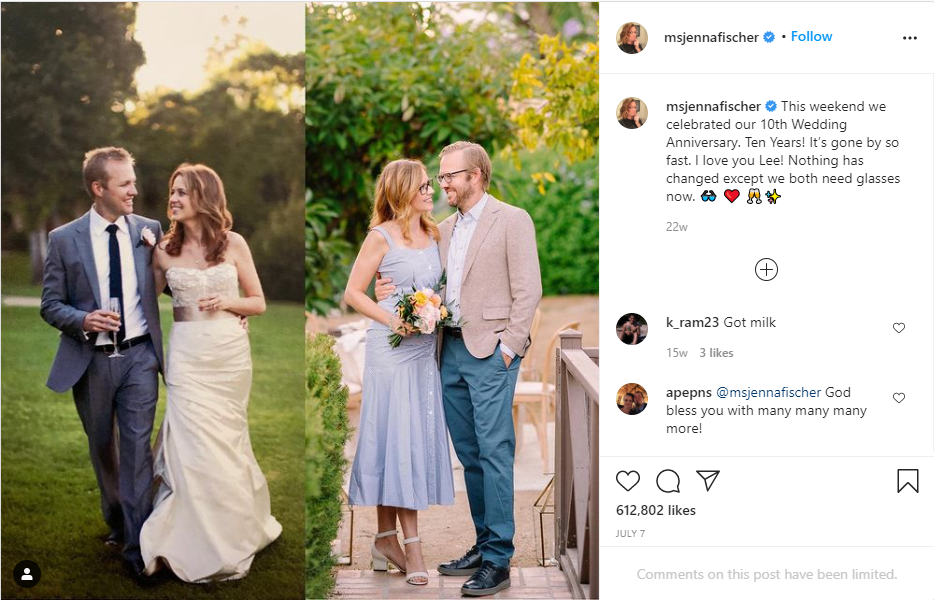 How was their relationship on set at The Office? 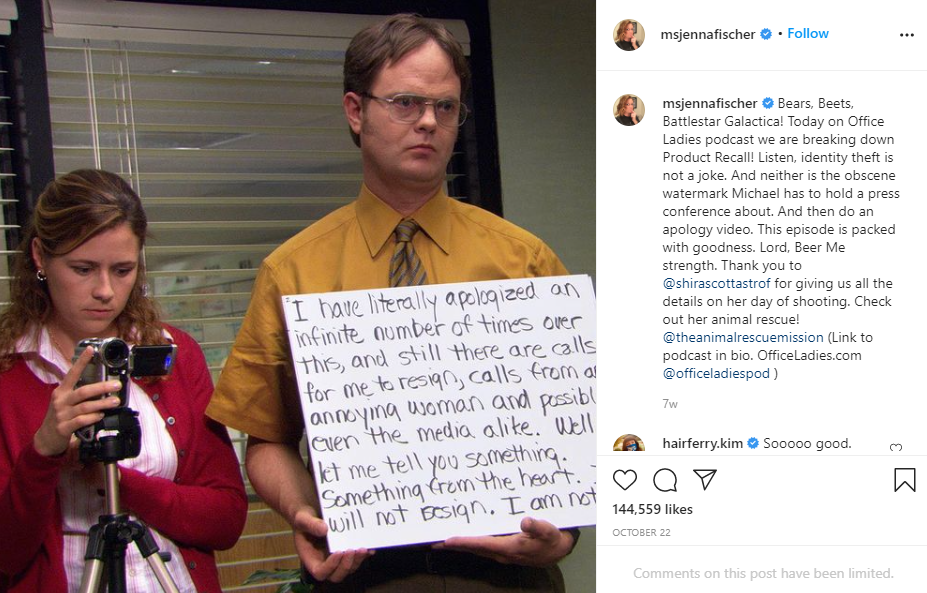 Related Article: Vin Diesel Wiki: Movie, Net Worth, 'The Fast And Furious' And Facts To Know 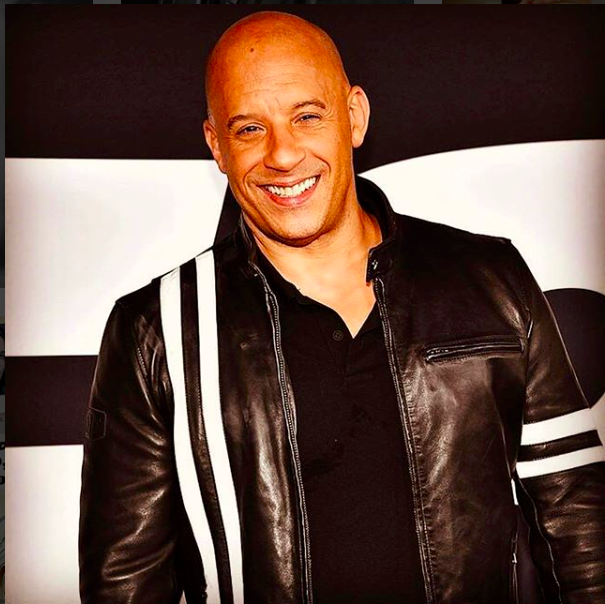 Vin Diesel is known for each 'Fast And Furious' movie, but I bet you didn't know just how big of a role he is in them. Let' learn more about his net worth and career thus far.

“Me and my husband, Lee Kirk…we don’t talk about one another publicly, but I couldn’t be more proud to be his wife…he is a talented filmmaker, awesome father, loyal friend and loving husband.”

Though the couple doesn’t share a lot about their romance to the ogling eyes, there are moments when they do, and it’s special! Lee Kirk is a man of few words who found his other half in non-other than The Office star Jenna Fischer.