Alexandra Edenborough, aged 39 was born on 22, March 1978, in Somerset, United Kingdom. She did her schooling at King's Hall School, and King's College, Taunton, England. She is a jazz singer and a songwriter.

A post shared by Alexandra Edenborough (@alexandraedenborough) on Jun 17, 2016 at 2:44pm PDT

She was a waitress when she met Gary Oldman and they fell in love with each other. Oldman was a regular at a hotel where Alex Eden was waitressing and they slowly fell in love with each other over a period of time. Gary Oldman and Alexandra Edenborough were rumored to be engaged when they attended the premiere of Brad Pitt's movie 'The Curious Case of Benjamin Button'. The couple tied the knot on New Year's Eve 2008 at Santa Barabara, California. The couple had a 20 years age gap, but these differences didn't stop them from getting married. They were happily married for six long years. They had a small wedding ceremony in Santa Barbara, California. Gary Oldman's agent and Best Man Douglas Urbanski confirmed the buzz about their wedding. It was Gary Oldman's fourth marriage. 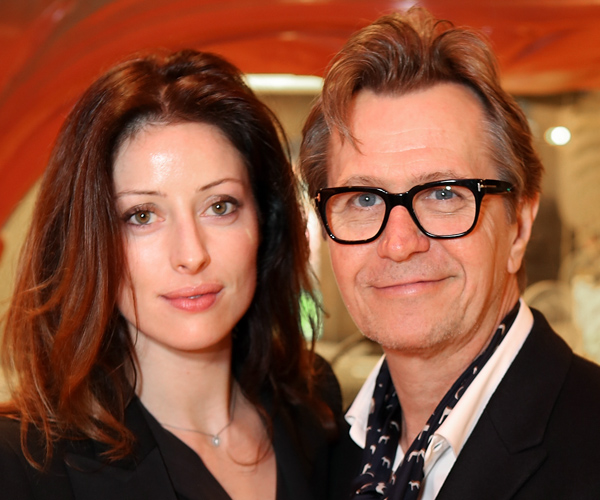 Oldman was married to Lesley Manville, the British Actress from 1987 to 1990. He has a son Alfie with his first wife. Gary Oldman left his first wife, Lesley Manville after three months of his first son's birth. It is a short marriage. Oldman then wed the famous actress Uma Thurman from 1990 to 1992. After two short years the couple got divorced as well. The reasons are unknown but it is believed to be Oldman's drinking problems. He then wed his third wife, Donya Fiorentino from 1997 to 2001, and had two sons Gulliver and Charlie. This third marriage was the biggest mistake of his life. He has also claimed that he has been physically and verbally abused by Donya and that the marriage was only for the sake of fame. The reason for the divorce was that Donya was an addict and had drinking problems herself. Oldman also reported that she has harassed him for money. He then married Alexandra Edenborough from 2008 to 2015. They have no kids together in their 6 years marriage. But they ended up after 6 years of marriage. This was his longest and the most peaceful divorce he had ever got. Currently, Gary Oldman is married for the fifth time with Giselle Schmidt, on August 2017. We will hope at least he stays in marriage with this one for a long time.

She started her musical journey in 1998. She was both a singer and a songwriter. She is a Pop singer. Jingle Jangle Party(on Christmas day) was released in 2010 and it was quite popular. Her major hit was the music album Touchez-Moi released on 22 November 2011. She released 10 songs on this album. Kiss Me Like The Woman you Loved was the most popular among the songs as it was directed by Gray Oldman himself. Alex Eden was not very successful in her musical career.

After six years of happy marriage, Alexandra Edenborough filed a divorce petition in Los Angeles County Superior Court in January 2015. The couple's divorce was approved and finalized on September 29, 2015, by Los Angeles Superior Court Judge Maren Nelson. Gary Oldman informed the media that they "have agreed to an amicable divorce" and had been separated for a year already. Gary Oldman had no immediate response to the divorce petition filed by Alexandra Edenborough. Oldman blames their huge 20 years age difference as the reason for their split as they had major lifestyle differences. He has also confirmed the sources about their happy marriage for several years which was purely bound by love.

Alex and I had several great years together, and we shared a great love during that time, but there is a big difference in our ages and ultimately that gap inevitably revealed different lifestyle interests

Gary Oldman has had a tough time since the breakup, but he has always hoped to remain friends with Alexandra Edenborough. He has also wished her success for all her future endeavours.

While I have been sad about this for over a year, I am grateful for the good times we did have, and we remain friends. Of course, I wish Alex the best happiness in the future."

In February 2014, Gary Oldman told the Independent about his fourth marriage and how he hoped it to be the final one. But, he didn't see the fifth one coming.

“I’m not proud that this is my fourth marriage. But this is a good one. Hopefully, my last one.”

It was reported that Alexandra Edenborough was seeking spousal support to pay her attorney fees. It was to be noted that she was not left bankrupt but she got a settlement of $3.3million in cash over a period of four years. The couple has divided many of their assets. It is to be noted that Gary Oldman has two of their mansions and a number of cars.

Currently, Alexandra Edenborough is married to Andrew Gray McDonnell, and a mother of 2-year- old JasperGray and she lives in Los Feliz, Los Angeles. Andrew Gray McDonnell is an actor popularly known for his work in Legend of the Guardians: The Owls of Ga'Hoole (2010), Just Before I Go (2014) and Finding Focus (2012). She is still working on her music, she has currently not yet released any music albums. It is been two years since her last release. Her best sellers are Kiss me like The Woman You Loved and Jingle Jangle Party(On Christmas) but she has not achieved heights that she has hoped for. She has her complete focus on her Baby boy JasperGray now and she seems to be happy.