“Life is a stage, and when the curtain falls upon an act, it is finished and forgotten. The emptiness of such a life is beyond imagination.”

The word “narcissist” comes from the Greek myth about Narcissus. Before Narcissus’s birth, Narcissus’s mother was told by the Gods that he will live a long life provided he does not look at his own reflection. Many years later, Narcissus fell in love with his own reflection in the waters of a spring that led to his eventual death as it drew the vengeance of the Greek Gods. If anything, this myth paints a picture in our heads about the term “narcissist” as it indicates an excessive interest in or admiration of oneself and one’s physical appearance. Alexander Lowen’s quote at the beginning of the article further describes the nature of a person with traits of narcissistic behavior.

These traits could be categorized into four categories:

Research into narcissistic behavior states that narcissism has its roots in early childhood experiences which later crafts itself into one’s adult life in a form of fragile ego where one builds walls of indifference to hide their vulnerable self. A narcissist always puts the “me first” ideology before anything else in life; this often overshadows one’s more compelling and empathetic self.

Type of Narcissistic Behavior & How it manifests

In “Narcissists Who Cry: The Other Side of the Ego”, Ph.D. scholar, Samuel López De Victoria, describes how narcissistic behavior manifests in a person’s personality in the first place. Firstly, De Victoria explains the baseline form of narcissism, often referred to as ‘extreme narcissism’, which includes taking care of oneself by focusing on your needs, wants aspirations and goals. This form of narcissism is healthy as it feeds the ego by avoiding obsolescence in an ever-evolving world.

The second form of narcissism is ‘egotistical narcissism’ which can be further broken down into two categories.
The first type results from excessive pampering from parents that instills an idea of entitlement in the child as the child believes that he/she is better than the rest. This will not only make the child arrogant but it will also bound the child to thoughts of abnegation in terms of humility.

The second type results from an emotional wound or a series or emotional setbacks that lead to an attachment dysfunction as the child is not able to express his/her emotions to those around him/her. This could happen when the child’s parents are narcissists themselves who failed to express their love for the child when he/she craved love and attention; this then forces the child to build more than one social construct of themselves to survive in this harsh world.

Ways in which narcissists feed their ego

Now that the types of narcissism have been established, we will look at ways in which narcissists feed their ego.

1. Placing themselves on a higher pedestal

In practical terms, establishing the fact that narcissists are completely self-absorbed and consider highly of themselves will help us see the way their brains are wired. One way through which they gain attention is by aggrandizing the situation at hand. They do this by placing themselves on a higher pedestal as they believe that they suffer more than those around them.

2. Milking out on their achievements or highlighting a misfortune

They could also draw attention towards themselves by milking out on their achievements or any misfortune that took place in their lives.

On the other hand, some narcissists gain attention by playing the role of a victim. They wear a mask behind which they crave for attention and control as they manipulate other people into believing that they suffer more than other people or they portray themselves as being helpless and further try to take control of the situation by making others believe the façade that they created.

4. They try to hold other people responsible for their plight

Instead of holding themselves accountable in various situations, they try to hold other people responsible for their plight. An interesting point to note here is that these maneuvers often go unnoticed by the world at large because we are all constantly being shamed by entities like the media for not helping those in need; so, when we find an opportunity to help someone (be it a narcissist) we tend to jump headfirst into the situation which often fools us into thinking that we are the ones at fault.

Do they feel emotions or they're trying to manipulate you by their tears?

Creating a distinction between someone who’s hurt and someone who cries just to gain attention can be difficult as one cannot uncover the true intentions of the other person. The tears of a narcissist may be real but they might not be crying for the reason you think or believe in. They might start crying not because they want to bring an improvement in their behavior but they might think that you are being irrational for calling them out for their narcissistic behavior.

In other instances, they might have a lot of emotions but they are unable to bridge the gap between their emotions and the emotions of those around them. They might even be the ones who cry the loudest on funerals, not because they loved or cared for the one who died but to draw attention towards themselves.

It is possible for a manipulative person to cry and show emotions but pointing out as to when they are trying to gain sympathy will create an important distinction between those who deserve our love and those who don’t. Narcissists do cry real tears in private settings unbeknownst to others. This is due to the narcissist's pathological aversion to appearing weak, less than, or vulnerable in front of the world.

They get offended very easily so anything that the other person might do can be seen as an attack on their fragile ego. This happens because narcissists usually lack self-confidence which makes them very insecure about themselves. So anything that you say out of goodwill, they may turn it around within seconds to gain sympathy.

Do not know the origin of their sadness

The subconscious part of their brain is not able not to assess or handle their emotions in connection to the actuality of events. Instead, their brain maps these onto their painful memories that they experienced as a child and recreates those feelings within the body. This is the sole reason as to why narcissists do not realize the true origin of their sadness or tears.

Their confidence is shaken

When they feel that their confidence has been challenged by someone who exposed their weaknesses, they might lash out to protect themselves. They might feel that this is a dead-end to them continuously getting away with lies or false personas.

Signs the tears are real

Perhaps after a heated discussion between you and your narcissistic friend, he/she concludes that they will make an effort and change. However, when narcissists make a promise, they usually don’t intend to change their behavior. However, one should not forgive them or give in easily if they don’t see an improvement in their behavior. Giving in easily will show them that you will tolerate his/her infidelity and unreliability. If the person’s actions and words show that they are making an effort and are willing to change, so this is a sign that his/her tears are real.

When the narcissist cries and doesn’t blame you or shift his/her responsibility on others, so this is an indication that he/she is no longer playing the victim's card.

When they apologize and don’t deceptively persuade you into believing that everything will be okay, so this is a sign for knowing that the narcissist has taken into consideration the consequences of his/her actions.

When they stop marginalizing individuals due to the gauges that they created, you should look forward to this behavior in the future as their tears might be a final cry of help to bring a change in their lives.

Narcissists can use their charm to enchanter the people around them by making them feel loved and cared for even if they don’t love them or care for them. They might stop sugarcoating things when they apologize which is a clear signal pointing to the fact that their tears are real.

Related Article: 9 Positive Things I Learnt From Dating a Narcissist 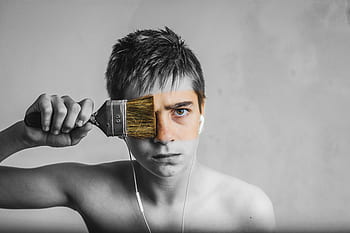 What are the positive things can happen when dating an egomaniac

There are two sides to a coin and understanding why certain people behave in a particular way will help us stay away from people who drain our time and energy. If we look closely and steer clear of their pity ploy or our own hopes as to what they mean, we might see how hollow their tears are. Overall, these are the signs that one must lookout to differentiate between a narcissist’s one of many episodes or real tears.