Ohio-born Ted Levine is a very famous actor who has done notable work in both TV and feature films. He has been acting in this industry since 1983. His movie, “The Silence of the Lambs” in 1991 shot him to instant fame and recognition. He appeared in the role of ‘Buffalo Bill’ in the hit horror-thriller. He was also quite popular in the comedy-drama television series, “Monk” from 2002 to 2009. Born in Bellaire in the state of Ohio in 1957, Frank Theodore Levine is better known as Ted Levine. His mother is Charlotte Virginia and his father is Milton Dmitri Levine. Levine was raised in Oak Park in Illinois. He studied at the Windsor Mountain School in Massachusetts. Later, he enrolled in the Marlboro College for his further studies in Vermont in 1975. Ted Levine previously worked at several theaters in Vermont, Michigan, and Chicago before making his acting debut. He started with a minor role in a TV movie, “Through Naked Eyes” in 1983. Then in 1985, he featured in another television film, “Two Fathers’ Justice”. He struggled a lot in the initial days of his career, before he got to portray ‘Buffalo Bill’ in the film, “The Silence of Lambs” in 1991. This got him fame and recognition. Then, he played the part of ‘Captain Leland Stottlemeyer’ in the television show, “Monk” from 2002 to 2009. He appeared in 125 episodes. After this a few small and large roles followed both in films and television. Some of his other movies are Shutter Island, Heat, The Fast and the Furious, Jimmy, Banshee Chapter, and such others. He will next be seen in Jurassic World’s sequel, “Jurassic World: The Fallen Kingdom” in 2018. His net worth is estimated to be around $4 million dollars. Ted Levine was into a bit of controversy for his character of Buffalo Bill in the movie, “The Silence of the Lamb.” But other than that, no known controversy has ever come across about the actor.

Ted Levine is married to Kim Phillips. Ted and Kim both prefer to keep their personal life away from the media. They don’t like to present their relationship life into the spotlight and because of this, very few information about their marriage life is available. Also, there is no track of data about their wedding date and place. Their wedding must have been a private affair too involving only close friends and family members. They both stay away from social media or might be accessing their accounts with a private name and there are no photos of their children on Instagram. There are a few photos of Ted Levine on Instagram posted by his fans but none of his family. Together, they have two children, a daughter named, Melissa Levine and a boy named, Mac Levine. 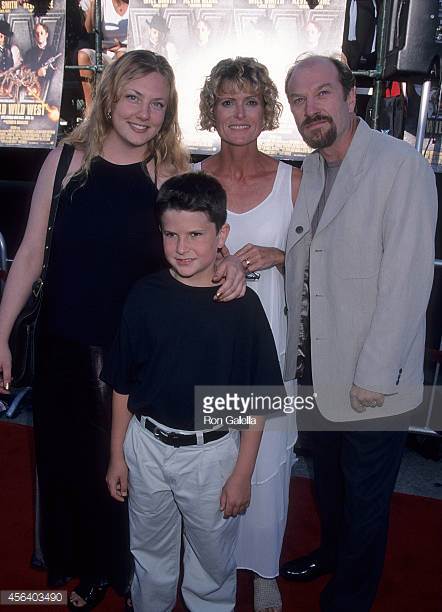