Who Is Akiko Matsuura? 5 Facts About The Mother Of Charlie Heaton's Son

Recent news has shed light on Charlie Heaton's ex-girlfriend, Akiko Matsuura. The young 'Stranger Things' star is said to have a child with the woman who lives in London. They both fell deeply in love, fast and furious style as the rock band is, and Matsuura gave birth to a baby boy, Archie, in 2014. The more fans hear on the subject, the more they want to know. Because of that, we're going to give you five facts on Akiko Matsuura including her life, career, and relationship with Charlie Heaton.

1. She has a child with Charlie Heaton 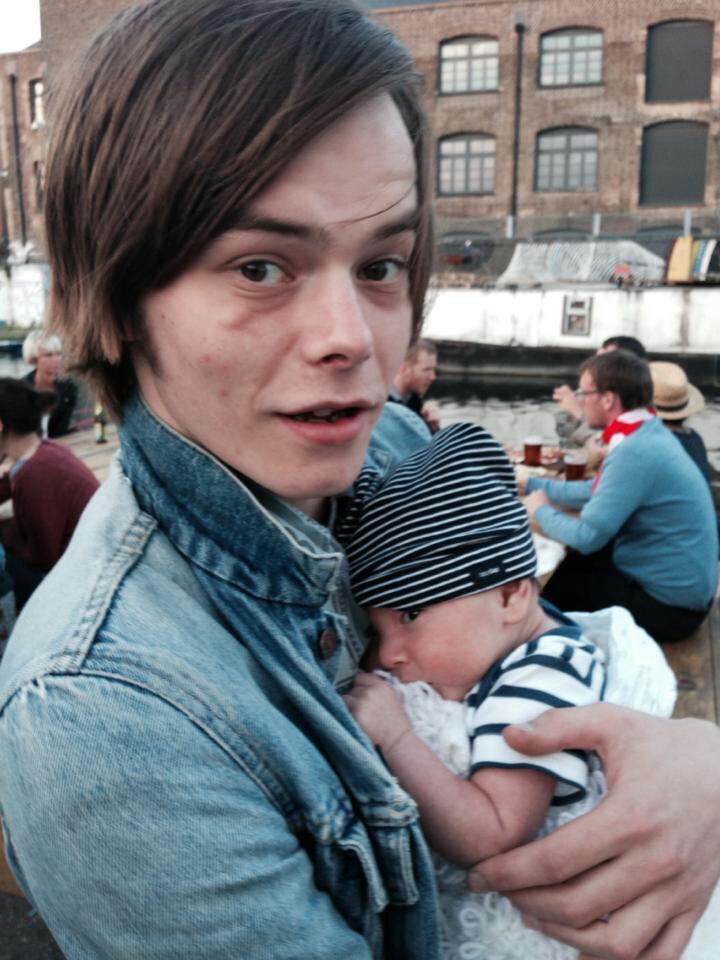 Matsuura and Charlie Heaton, also known as Jonathan Byers from 'Stranger Things', have a three-year-old son together by the name of Archie. This information wasn't known until after some recent problems that Heaton had in an airport while trying to get into the United States and being denied due to traces of white powder on his belongings that resembles the likes of cocaine. Archie was born in May of 2014 and lives primarily with his mother, but Heaton does spend time with him when he can, though a lot of his attention is taken up by acting. It is possible that Heaton and Matsuura were hoping to keep information about the boy a secret, but recent events caused Heaton to bring out more information about him.

With Heaton's recent drama at the airport, it does look as though he might have a little more time to spend with Archie until the situation gets sorted out. Both news of Heaton being denied entry into the US and news of his son have shocked his fans, including a large fan grouping that follows the actor's personal Instagram. 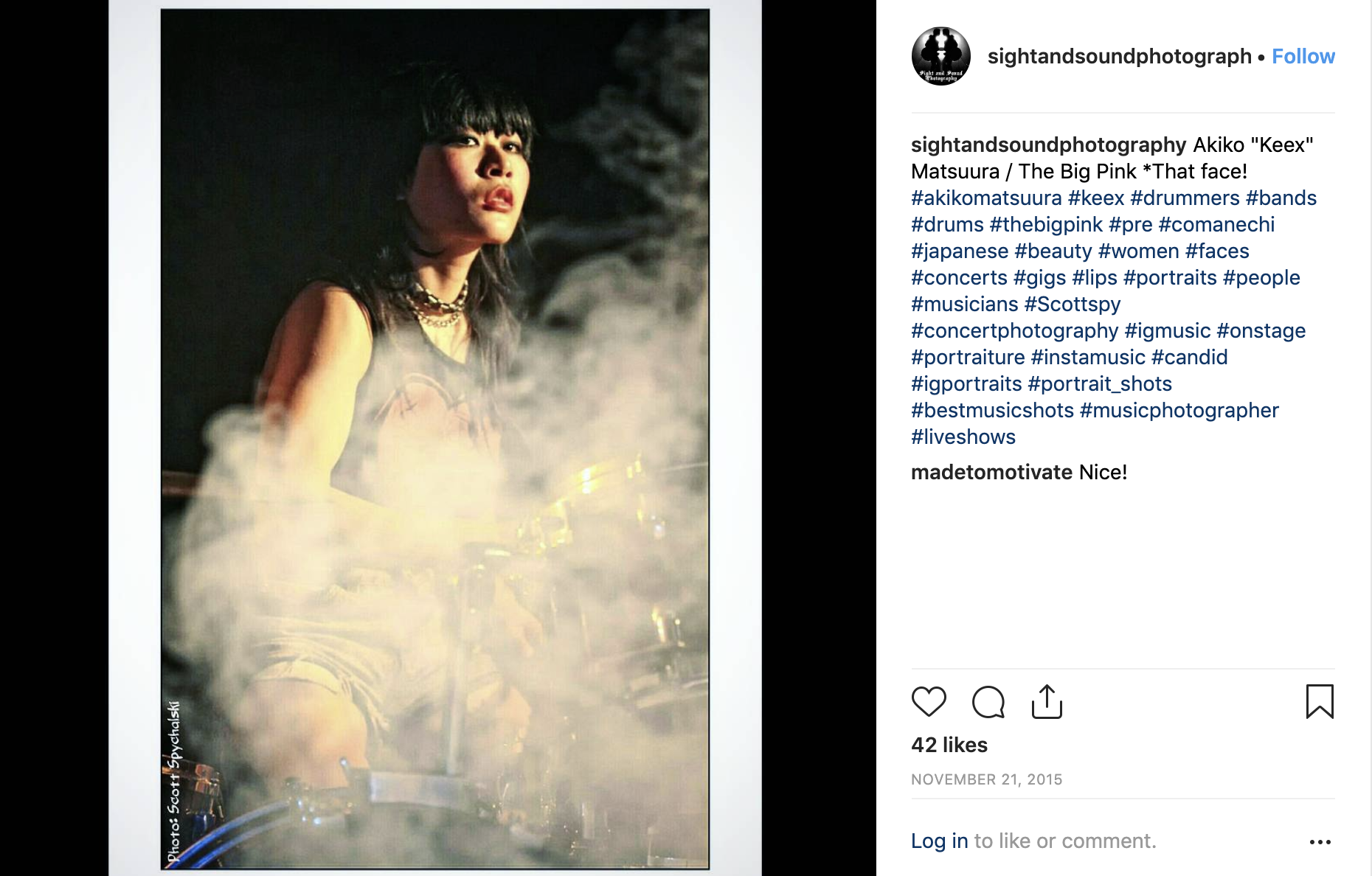 Matsuura initially met Heaton while they were both playing in a band called Comanechi, which she started with bandmate Simon Petrovich. The two initially met at a party being held by a friend of Matsuura's. Heaton reportedly was the drummer for the band while Matsuura held lead vocals. The above Instagram picture depicts her playing drums for another band, Pre. This isn't the only band that Matsuura has been a part of, however. She has also been known to play in a band called Pre and another called The Big Pink. It's pretty clear that Matsuura is keen on her music and enjoys the excitement and creativity involved. Matsuura is also known to have a side project called 'Sperm Javelin'. While she plays drums for The Big Pink, Matsuura is known to take on lead vocals for both Pre and Comanechi.

3. She's famous for her stage antics

Her antics include dressing up, playing in her underwear and numerous stage dives. 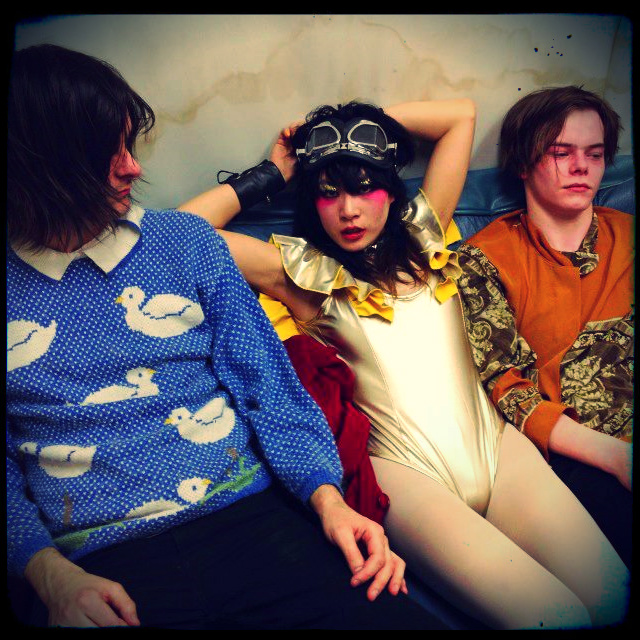 Matsuura is well known for her eccentric actions during performances. She's keen on keeping the event exciting and claims to dislike when singers stand in place and don't do anything to make things interesting. A couple of the things she has done on stage include playing music in just her underwear and also performing a lot of stage dives. In this way, she works to make sure the show she puts on isn't boring and instead keeps the audience involved. Due to her outrageous antics, she has brought a lot of attention to herself while performing and has also fallen on her face from time to time. Getting wild on stage can be exciting, but it's important to be careful.

4. She seeks to write the perfect single

Matsuura's biggest dream of all. 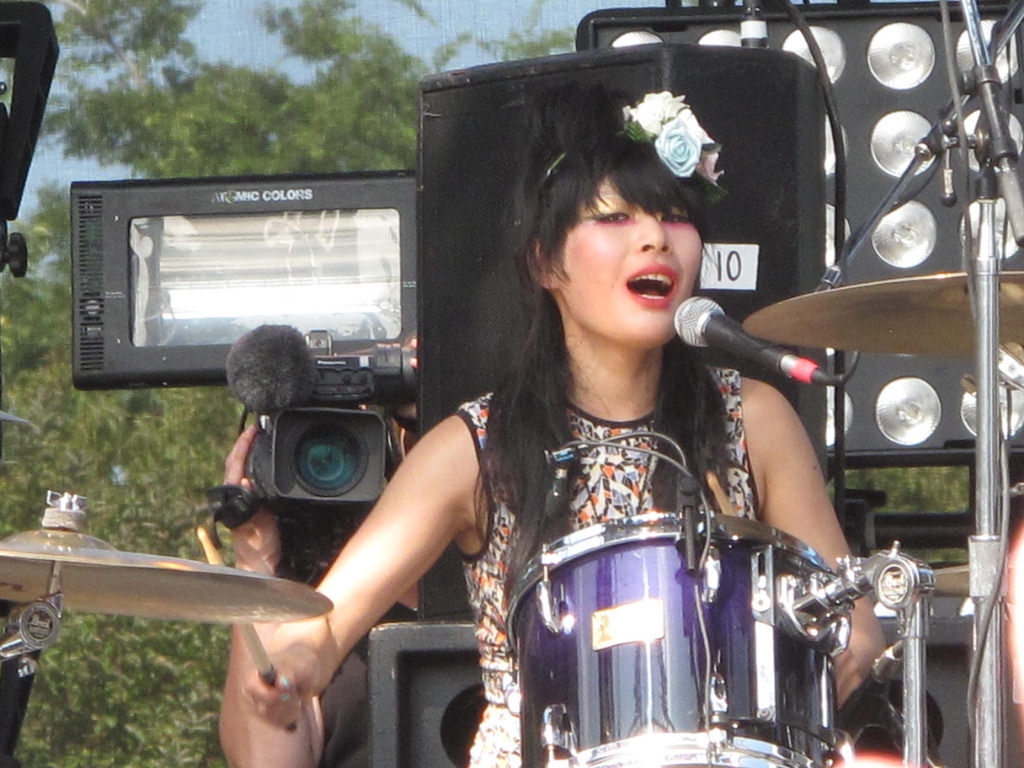 Matsuura states that she dreams of creating the perfect single and works hard to reach those aspirations. She is the lead vocalist for Comanechi and you can find videos for the band on Youtube. Heaton was also a member of Comanechi, playing the drums, but he has since moved on to focus more on his acting career. Matsuura, on the other hand, has been working long and hard to parent little Archie and keep her music career alive and thriving. We're all hoping to see big things from Akiko Matsuura as she works toward her goal of writing the perfect single.

5. Matsuura and Charlie Heaton are not together

But what about her relationship with Charlie Heaton? 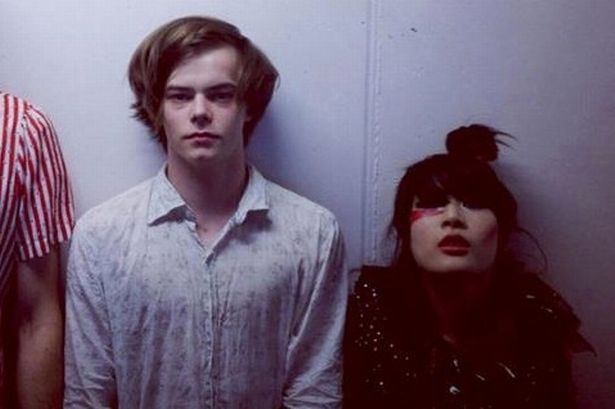 It is said that Heaton and Matsuura are no longer together, but work to maintain an amicable relationship for the sake of their son. While Heaton has been spending a lot of time in the United States due to his work, he hopes to be able to spend more time with his son when things quiet down. Matsuura and Heaton initially met as teenagers when they were in a band together called Comanechi. They are said to have fallen rapidly in love, resulting in Archie being born while both Heaton and Matsuura were both only twenty. Due to his age, many people have been surprised by the discovery of a son. More recently, Heaton has been seen to be dating a new girlfriend, actress Natalia Dyer. The two have been seen spending romantic time together both prior to and after Heaton's airport problems took place. The two both play roles in 'Stranger Things'. 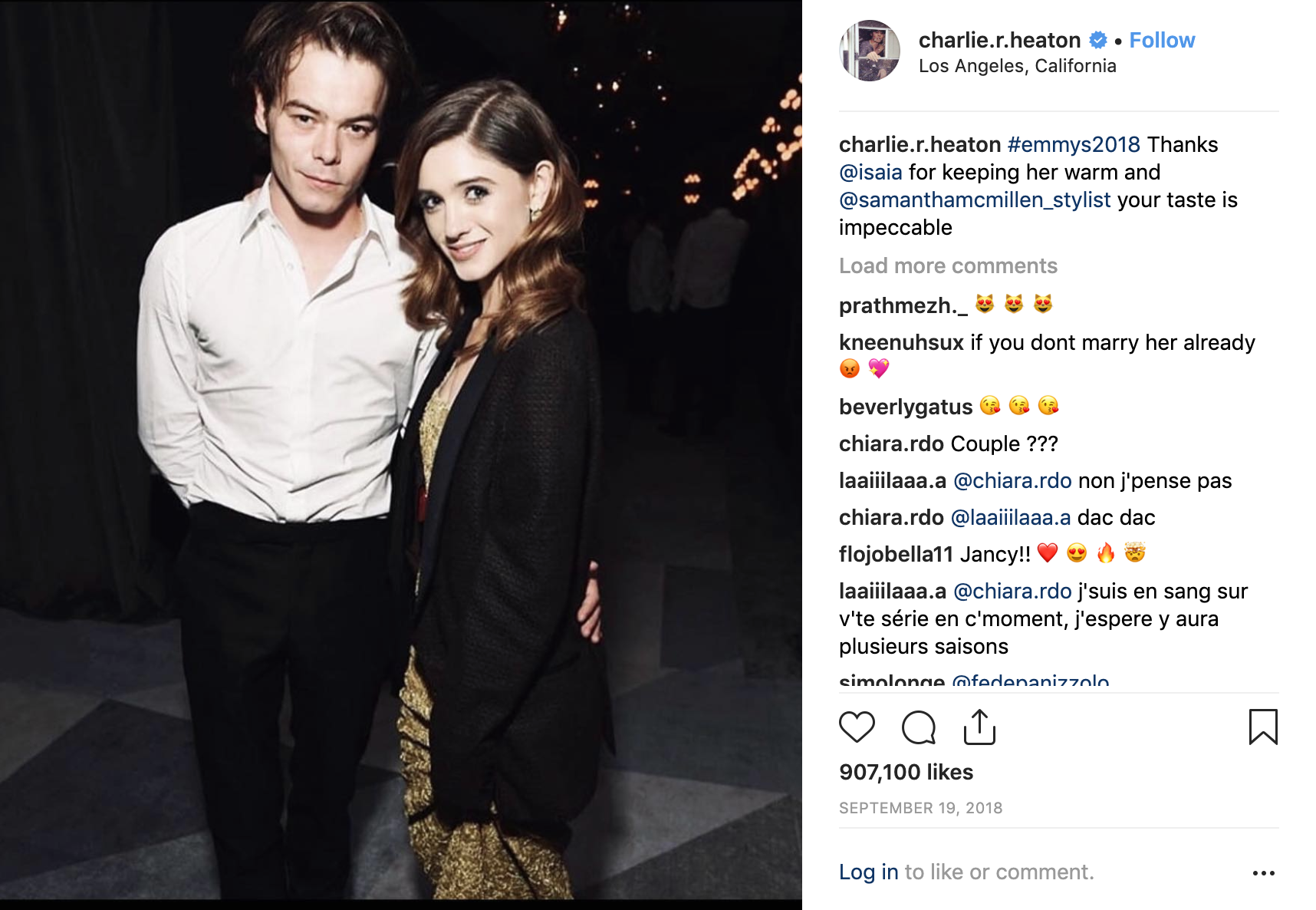 Matsuura, the mother of Charlie Heaton's son, is a 23-year-old musician living in London with their son, Archie. She strives to become a better musician and write a single that rocks the world. Matsuura can be seen in bands known as The Big Pink, Pre, and Comanechi. We hope to see more of both Matsuura and Heaton in the future and hope to enjoy watching little Archie grow up. 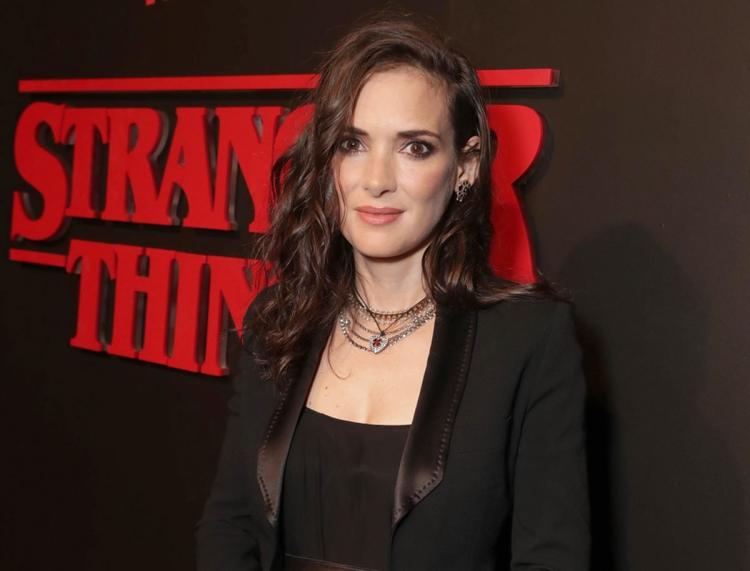 Reality Bites. Winona Ryder, "it girl" in the 90s and went from Gen X hipster to Joyce Byers on Stranger Things. The bottom line: she gets it.