Who is Elizabeth Báthory?

I'm sure all of us have come across stories in which beauty goes wild; however, this is one of the most gruesome stories you'll come across. If you've come here to learn more about Elizabeth Báthory, you might already know that this woman was a serial killer- but what you might not know is that she is one of the first female serial killers recorded in western history.

She was born in Hungry in 1560. She suffered from epilepsy and many other health problems in her early years. Despite that, she had immense wealth to her name, the best education, and high social standing her whole life. So, the question arises how does someone with such normal beginnings turn into a cold-blooded murderer? Keep reading ahead to find out.

How Evil is Elizabeth Báthory?

To a modern-day man, It’s confusing to many how this woman, who had everything turned into a sadomasochist. However, legend beholds that she was a victim of torture herself and was forced to see the royal guard torture villagers. It is also said that she was abused by a relative at the tender age of ten and that further messed up her mind.

It is a popular saying that the abuse often turns into an abuser, and this might just be one of the best examples. Hence, it was nurture that changed an innocent young girl into a demented killer. The following are some proven and alleged stories of Elizabeth Bathory that will give you an idea of how evil she was.

1. Bathed in the blood of virgins

Despite not being on record, there are rumors that Elizabeth was addicted to staying young and was ready to go any lengths to get there. It was then that an accomplice known to be a witch suggested that she bathe in the blood of virgins to maintain her youth. Some accounts suggest that she had her murder squad of five people bring young girls in her quarters and behead them in her bathing tub while she sat and watched in glee. 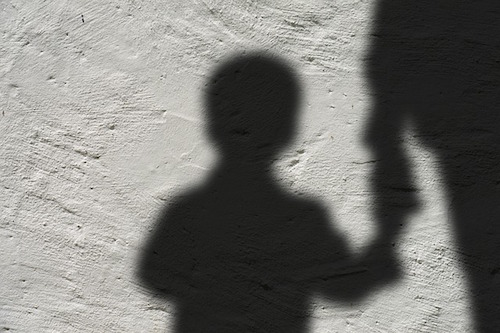 Since she was abused as a child, she further inflicted pain onto others to practice her power. She inserted hot metal rods into her servant's private parts. If she found a girl to be prettier than her, she made her bathe in hot metals and rub it on their chests. Records show that there was never a servant who survived such agony. The screams were heard throughout the castle, but no one could do anything. 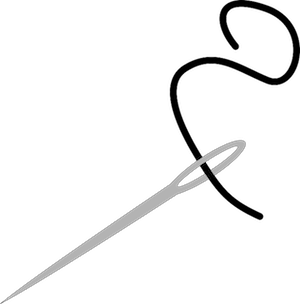 While she inflicted such atrocities on her servants, she was always adamant about keeping the noise at a minimum. If the victims screamed, she would ask her accomplices to sew their lips together or even take out their tongue. Therefore, no one ever had the guts to tell someone, and the villagers continued living in fear of the blood countess.

Despite having more money than she could count, the countess hardly spent any on to feed people. She left her servant to starve in the dungeons. Many of the servants thought of it as a way out and embraced death by starvation with open arms as they knew it was better than living in fear at all times.

5. Forced her victims to practice cannibalism

Those who lived were forced to practice cannibalism. They would have to eat their friends that had passed away, and when their hunger reached a certain point, they were instructed to cut off their flesh and eat it. As gruesome as it may sound, the fear of what they would have to do if they didn't follow through was heart-wrenching. This was also a way to get rid of the bodies and lower the body count that had started to pile up. 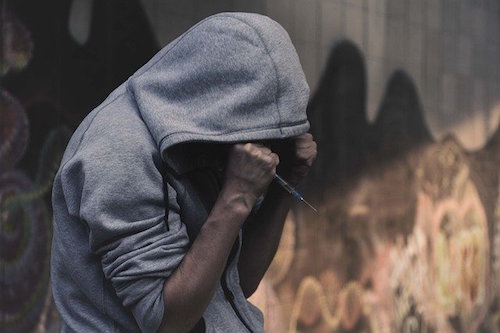 She was acquainted with women that were known witches and, therefore, often indulged in human sacrifice to get her way. On five accounts, she murdered nine women, sometimes for power, wealth, and security.

7. Summoned spirits to torture on her behalf 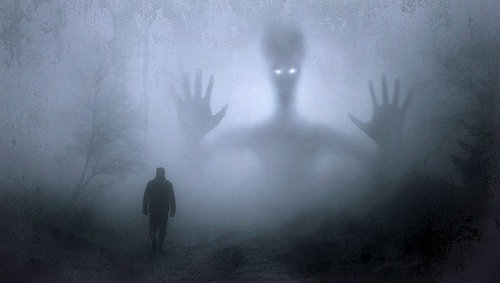 When she grew tired of torturing others, she allegedly summoned spirits that would do her bidding. They would torture servants who tried to get away and who stole food. She would leave people in solitary until they went mad and then murder them on account of heresy.

8. Burnt her servants with metal rods 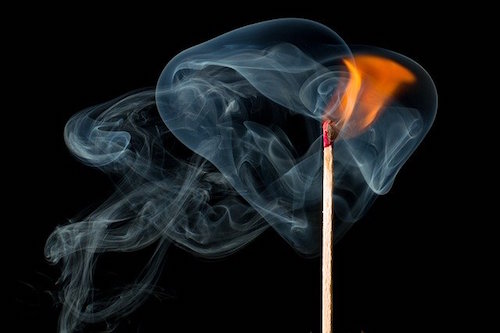 She was also known to burn her servants at the slightest mistakes. Such as if the water was too cold, or the food was too warm, or there was a single missing stitch in her gown. Elizabeth would call them to her quarters, have her minions tie them up, put a metal rod in the fire, and burn them till the floor was full of blood, and the servants passed out.

While her husband fought the ottoman war, she adopted the ottoman way of killing at home. If she thought someone was wearing something prettier than her, she would befriend them throughout the social affair and summon them later for a drink. Once the person started to trust her, she would strangle them with a scarf with her helpers' help.

10. Stab seamstresses with needles and chop off their fingers 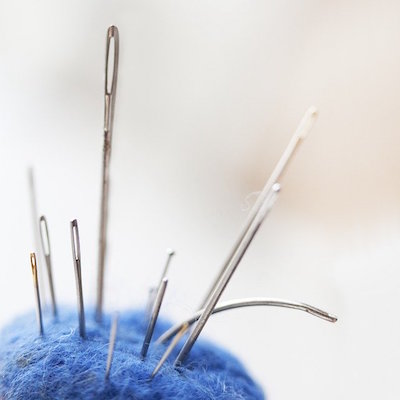 Elizabeth was very particular about her clothes. She always wanted the best and had zero tolerance for shortcomings. She knew that to have the best seamstresses, she had to train them well. So, whenever her servants were taught to sew, she would sit and monitor each session.

If a single stitch was out of place, she would stab them with needles, and if they flinched or so much as gave an expression, she would chop off a finger. Getting away with a lost finger was considered mercy, and it prevented others from making the same mistake ever again.

11. Cover naked women in honey and leave them outside 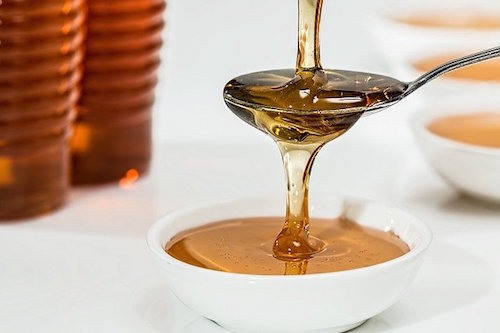 Legend has it that each day there would be bodies of naked women swollen beyond recognition outside her castle doors. She would get young women naked and cover them in honey and send them outside for days so that they could be stung by bees, wasps, ants, and other insects. The villagers were forbidden to help those women and were subjected to worse punishments if they went against the castle's orders.

12. Threw women of the roof of the castle for the wolves to eat 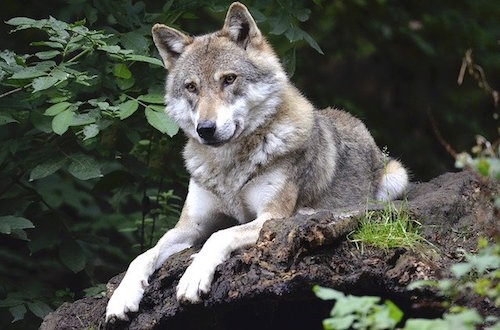 Once she ran out of villagers to torture without repercussions, she started luring girls from the neighboring villages. She would go out to enjoy the day, befriend a common village girl, take her home, and torture her to her heart's content. Once she was done with them, she would throw them over the castle walls for the wolves to eat. This, too, was a way to get rid of the bodies.

How Did Elizabeth Báthory Die?

Once she was done with the common people, she tried to change her ammo and went after noblewomen. While she came up with crazy stories to cover up her trails, the parents of the young girls that disappeared did not back down.

The king opened an inquiry into the complaints. The task was given to an inquisitor that was on friendly terms with Elizabeth's husband and therefore treated her with respect. When he gathered evidence of her actions, he wrote to her family members and asked their opinion as to what should be done. They concluded that she should not be humiliated by a public trial and simply be incarcerated.

She died in the very torture chamber she used to inflict pain on others. She stayed there for five years and hardly had any visitors other than priests.

Where is Elizabeth Bathory's castle?

If you're a history buff trying to have real experience and see the place where these horrific accidents took place, the castle is located in Čachtický hrad, Hungaria. 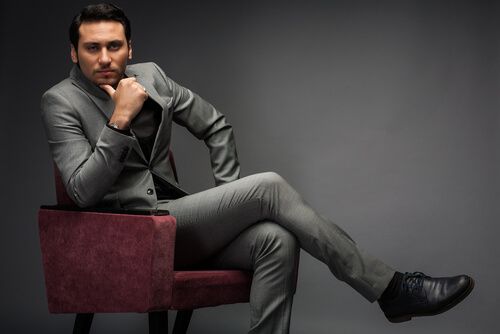 Everyone needs a change from time to time. Change is inevitable. That said, if you ever want to become a vampire at some point, here is how you can go about it.

In short, the sadist female serial killer came to a horrific end that she deserved. While her accomplices were given much harsher sentences, she died alone locked in a tower. However, in her last days, she showed no repentance over her vile actions.

Despite such testimonials that paint her as a prolific killer, rumors say that she was not a killer at all and that all of this was a ruse set by the Hungarian aristocracy as she was a young woman with too much money.

Whether you believe in the blood countess or the real-life manifestation of Dracula, one thing we all can agree on is that it's a relief that she's no longer around.